Biden will Confront Systemic Conservatism Despite a Mandate for Change 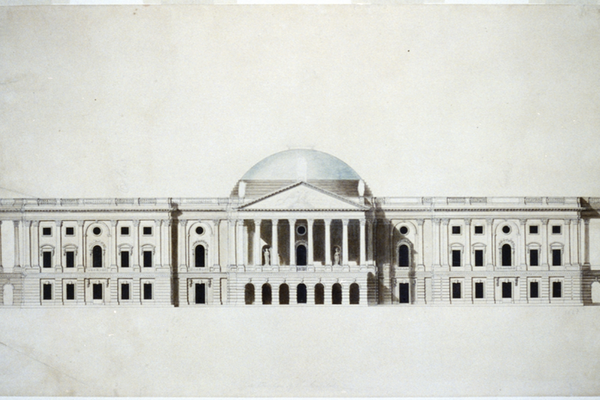 On the Sunday after the November 3rd presidential election, Utah Senator Mitt Romney, the 2012 Republican presidential candidate, congratulated President-elect Joe Biden but insisted that the overall election was an endorsement of conservative principles. He pointed to the gains Republicans made in the House, though they are still in the minority, and the failure of the Democrats to capture control of the Senate, at least so far. Romney found further evidence in the Democrats’ inability to flip GOP-controlled statehouses.

Romney, however, is mistaken in his basic assertion. First of all, Biden won by more than 5 million popular votes, nearly 4 percent more than Trump’s total. The president-elect obtained the highest number of popular votes in the nation’s history. Biden’s margin of victory, contrary to Romney’s claim, is not a mandate for conservatism. Rather, at the very least, the election was a referendum on President Trump’s leadership, which of course Trump used to promote conservative ideas concerning tax cuts for the wealthy and the relaxation of business and environmental regulations.

No presidential election outcome reflects any single issue and it remains for the experts to crunch the numbers and analyze the ingredients that secured the Biden-Harris victory. Yet we already have sufficient evidence that the majority of the American people favor progressive positions on many issues. Surveys by Gallup, Pew, and other reliable organizations consistently show that a significant majority of Americans favor “Medicare for All,” tighter gun safety restrictions, and the freedom of women to have abortions in most situations. A number of states, including Florida, have voted for the $15 minimum wage. Last but not least, polls show that a majority of Americans believe that racial discrimination continues to exist and should be addressed. These are progressive not conservative principles, and are sustained by the Biden-Harris victory.

Nevertheless, Romney is correct in one sense. In the United States what I call “systemic conservatism” continues to prevail. I draw this phrase from our reawakened realization of “systemic racism,” and the two are related. By systemic conservatism I mean the institutional barriers created by the founding fathers to limit popular democracy. One obvious example is the Electoral College. Presidential candidates have to win a majority of electoral rather than popular votes. Had it been otherwise we would not have a President George W. Bush or Donald J. Trump. The Electoral College consists of the number of votes each state has in the U.S. House and Senate (except for the non-state of Washington D.C., which has three electors). The choice of an Electoral College to decide the presidency resulted from efforts of small state and slave state delegates at the Constitutional Convention to ensure their ongoing power. Most troubling, under the three-fifths compromise slave states increased their electoral votes.  They did so by securing the constitutional right to count 60 percent of their enslaved people for purposes of representation in Congress and the Electoral College.

In addition, the Senate created rules to frustrate a majority of its members. Until the 1960s, southern senators used the filibuster rule, which allowed unlimited debate in the absence of a supermajority vote, to frustrate attempts to pass civil rights legislation. Republican Majority Leader Mitch McConnell has used this rule to thwart progressive legislation for the past ten years. Even if the Democrats wind up gaining two seats in Georgia, resulting in a Senate tie, they will need sixty votes to enact legislation unless the filibuster rule is changed. And if they manage to do so, a conservative majority on the Supreme Court can still overturn that legislation.

The federal system has often blocked the effects of progressive policies initiated at the national level, The post-Reconstruction Jim Crow era that lasted into the 1960s saw the southern states eviscerate the Fourteenth and Fifteenth Amendments in a variety of ways. Even when the Supreme Court struck down racial segregation in schools in 1954, southern states adopted so-called freedom of choice plans to sidestep the court’s ruling for another two decades. President Franklin D. Roosevelt’s New Deal legislation was instrumental in combating the Great Depression, but it had to be administered through the states. This gave states, particularly in the South, the opportunity to reinforce racial segregation within these programs and also ensure that agricultural subsidies benefitted plantation owners to the detriment of their tenant farmers and sharecroppers, a disproportionate percentage of whom were African American.

Progressive change does happen within our political system but it faces serious obstacles. The abolition of slavery and the extension of citizenship and voting rights to African Americans required a Civil War. It took the Great Depression to achieve Social Security, minimum wages, and anti-child labor laws.  The Civil Rights Movement was necessary to re-enfranchise African Americans and people of color as was the Women’s Suffrage Movement that extended the vote decades earlier mainly to white women. Democratic Party victories following the 2008 Great Recession provided for a short time the majorities needed to move incrementally toward universal health insurance.

There is also ample precedent within the federal system of states serving as laboratories for progressive policies, as was the case in Wisconsin during the early twentieth century. Under the leadership of Governor Robert M. LaFollette, Wisconsin joined government officials together with academic advisers to create a reform agenda that was copied throughout the nation In the early 2000s, Massachusetts under the leadership of Governor Mitt Romney created a system of statewide health insurance that became the model of President Barack Obama’s Affordable Care Act. However, in 2020, with most state legislatures in the hands of Republican majorities, the prospects for reform measures bubbling up from the bottom to the top of the political mainstream are dim.

Just as President-elect Biden will have to confront systemic racism he will also have to deal with systemic conservatism. It does not look like he will have the necessary legislative majority to achieve his programs. At best, incremental rather than sweeping change is more likely.