Pass the Protecting the Right to Organize Act

Martin Halpern is professor emeritus of history at Henderson State University and the author UAW Politics in the Cold War Era and Unions, Radicals, and Democratic Presidents: Seeking Social Change in the Twentieth Century. 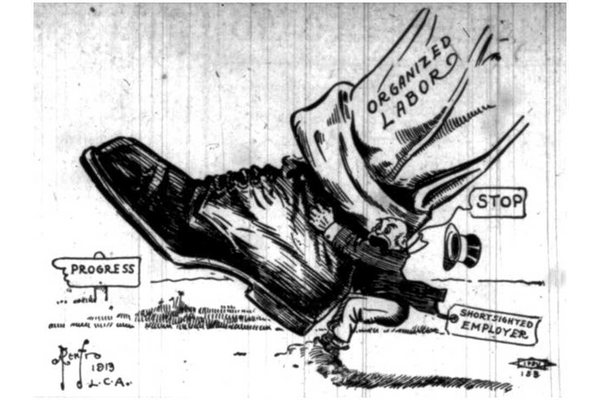 Discontent with Donald Trump in 2018 led voters to give Democrats a majority in the House of Representatives in the midterm elections. Although media attention has focused on the impeachment inquiry, the House has passed several pieces of progressive legislation this year.  One bill, the Violence Against Women Reauthorization Act, was supported by 33 Republicans.

None of the measures has been taken up by the Republican-controlled Senate. Although the bills may not become law this year, they indicate that the Democrats are likely to enact positive reforms in several areas if the 2020 election produces a Democratic Congress and a Democratic President.

Thus far this year the House has voted to improve voting rights, raise the minimum wage, provide protection against discrimination for LGBTQ individuals, advance gun control, provide a path to citizenship for Dreamers, promote climate action and paycheck fairness, lower prescription drug costs, and restore the ability of the Consumer Financial Protection Bureau to protect consumers. On foreign policy, the House passed a measure directing the removal of United States Armed Forces from hostilities in the Republic of Yemen that have not been authorized by Congress.

For the Democrats to win the 2020 election by a wide margin, the single most important measure for the House of Representatives to adopt is the Protecting the Right to Organize Act of 2019. The bill has 218 co-sponsors including two Republicans. The bill would strengthen workers’ right to organize into unions, bargain collectively, and conduct strikes.

Since the enactment of the anti-union Taft-Hartley Act in 1947, unions have been attempting to improve labor laws to give workers a chance to speak up with some power to their employers. The labor movement and its allies sought to improve labor law with the Labor Law Reform Bill in 1978, the Workplace Fairness Bill in the early 1990s, and the Employee Free Choice Bill in 2011.

The failure to adopt any of these pro-union bills contributed to the decline of unions and the growth of inequality, the twin hallmarks of the past four decades in the United States. All working people have been hurt by the setbacks in union power.

Workers are today conducting strikes and organizing in new grass roots movements in many industries. Making passage of Protecting the Right to Organize Act of 2019 the number one priority would both galvanize workers and expose President Trump as the ally of the rich and the enemy of working people.

The House of Representatives has passed much good legislation this year, but it could do more to highlight working-class issues. Most importantly, Congress should immediately enact the Protecting the Right to Organize Act. If unions and their allies win passage of this legislation, they may begin to shift the country away from the glaring inequality that is at the core of the country’s discontent.