Will There Be a Happy Ending to Ohio's Close Brush with a Rightwing Fantasy?

John T. McNay is professor of history at the University of Cincinnati, president of the Ohio Conference of the American Association of University Professors, and author of, Collective Bargaining and the Battle of Ohio: The Defeat of Senate Bill 5 and the Struggle to Defend the Middle Class (Palgrave Macmillan, 2013). 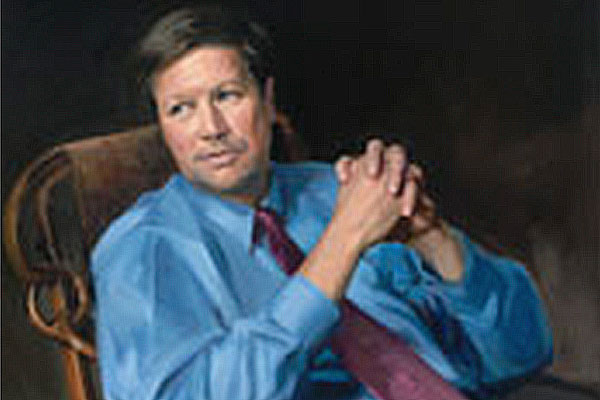 Championed by Gov. Kasich, SB 5 was the centerpiece of his legislative agenda, and was defended as necessary to close a $6 billion budget gap. Proponents inaccurately blamed public workers for the deficit when, in fact, it was produced by years of irresponsible income tax cuts imposed on the state combined with the recessions. Since 2005, the income tax had been slashed by 31 percent. The crisis atmosphere was exploited by the Republican Party to try to impose extreme ideological positions on Ohio that in ordinary times Ohioans would not accept.

And Ohioans did not buy the idea that ordinary middle class Ohioans had to pay the price for policies designed to reward the wealthy. As president of the University of Cincinnati chapter of the American Association of University Professors (AAUP), the faculty union, in 2011, I had a ringside seat for the political warfare that broke out as a result of SB 5. When the dust settled in the November election, the people of Ohio defended the unions, their neighbors, and the middle class by repealing SB 5 by a 62 percent to 38 percent margin. More Ohioans voted against SB 5 than had voted for Gov. Kasich in 2010.

Several key provisions of SB 5 were extraordinarily radical. The bill dictated that healthcare and several other important issues could not be negotiated. Of course, if you can only negotiate over salary, then management can take back in insurance premium increases anything you received in pay. Further, the bill outlawed both the strike and binding arbitration. Instead it provided that if impasse was reached, then management simply got to impose its position. Not surprisingly, right-to-work was also part of this attack on workplace democracy.

In the debates in the Senate and House, there was anger and there was eloquence. While the vote went down closely along party lines, a few Republicans voted against the bill. One pointed out sharply that SB 5 “turns collective bargaining into collective begging.” Sen. Nina Turner, D-Cleveland, was one of the many outspoken African-American critics who were particularly sensitive to the violation of civil rights represented by SB 5. “We cannot go back and we will not go back. As Dr. King said, the arc of justice is slow but bends toward justice. Senate Bill 5 is unjust, Senate Bill 5 is un-American, and Senate Bill 5 is just plain wrong.”

A huge and historic coalition was formed called We Are Ohio made up of unions, faith groups, and progressive organizations and individuals. During the signature-gathering part of the campaign, some 10,000 volunteers spread out across Ohio to gather the more than 230,000 signatures needed to get the bill on the ballot. Hundreds of faculty volunteers across Ohio were part of this massive drive as we worked side by side with janitors, nurses, police, firefighters, secretaries, and food service workers. We collected a record nearly 1.3 million signatures. On June 30, a parade of thousands moved through downtown Columbus following the semi-truck loaded with the boxes of signature booklets. So great was the scale of the delivery that structural engineers were called in to see if the floor of the Secretary of State’s office building could withstand the weight. It could.

The campaign itself was a huge ground war. One advantage that the pro-union side had was that early polling had indicated that the public opposed the bill and understood the basic unfairness of this union-busting effort. And with over 350,000 public union members across Ohio, almost everyone knew someone – a school teacher, a fireman, a nurse, a maintenance worker – whose livelihood would be undermined by the bill. Republican attempts to paint these people as villains clearly failed.

Now, three years later, what is the legacy of the Battle of Ohio.

Gov. Kasich is running for re-election against Democratic challenger Ed Fitzgerald, current chief executive of Cuyahoga County, who supports unions and opposes voter suppression laws. The question facing Ohioans is whether they will remember Senate Bill 5 in November.