Michael Vick and the Politics of Prison Redemption

Jennifer Graber is assistant professor of religious studies at The College of Wooster. Her book, "The Furnace of Affliction: Prisons and Religion in Antebellum America," comes out next month from the University of North Carolina Press. Her website is www.jennifergraber.net. 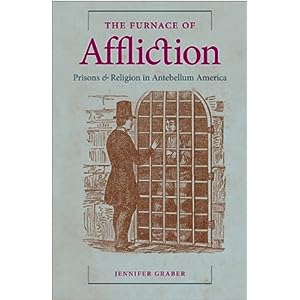 Michael Vick won’t be playing in the Super Bowl next week.  But The Sporting News recently named him the Comeback Player of the Year.  In December, President Obama reportedly called the owner of the Philadelphia Eagles to support the team’s willingness to give Vick a second chance.  The Eagles’ commitment to Vick has been clear since they signed him in 2009:  “If a person made a terrible mistake and then paid their debts to society, was deeply remorseful and turned their life around completely…would you be willing to help this human being move forward?”

Despite these public displays of support, Vick has faced intense scrutiny and criticism since his 2007 arrest and conviction for a series of crimes related to dog fighting.  The NFL’s initial response was severe.  NFL Commissioner, Roger Goodell, called Vick’s behavior cruel and reprehensible.  Vick’s team, the Atlanta Falcons, demanded that the player give back $20 million of his initial signing bonus.  Vick was found guilty and sentenced to 23 months in federal prison.  He served nearly two years in Leavenworth, Kansas.  Even since his release and reinstatement to professional football, Vick has faced intense scrutiny.  Concerned Philadelphians, led by the creators of www.sackvick.net, have continually lobbied the Eagles to get rid of the player.

We love him.  We hate him.  We forgive him.  We hold his crimes against him.  In this way, Michael Vick is the subject of a classically American drama, a politics of sin and redemption that emerged in the early national period.

In the colonial era, government authorities issued tough criminal sanctions.  They branded thieves; they put forgers in the stocks; they hanged murderers and even counterfeiters.  The punishments came swiftly and were intended to hurt and to shame.  They might deter future criminal activity.  But no one expected them to prompt a criminal’s personal reformation.

Around the time of the revolution, Americans encountered a host of new ideas about law, punishment, the body, and individual rights.  Some citizens used these notions to call for a dramatic transformation of American criminal punishment.  Reformers in places like Pennsylvania and New York proposed new buildings—prisons or penitentiaries—to house lawbreakers and promote their reformation through a series of activities.  They called for labor and worship, reading classes and decent food.  They also considered the possibilities of silence and separation, all with the hope of turning criminals into law- abiding citizens, sinners into saints.

So what happened to this reformatory impulse?  For one thing, some Americans remained unconvinced that adult offenders could be redeemed.  These opposing parties—reformers on the one hand and state and prison officials on the other—fought continuously in the first three decades of the nineteenth century.  Reformers secured victories, perhaps gaining state funds to support prison chaplains.  Prison officials then won the next rounds, for instance throwing out the ministers they didn’t like and finding those whose theology was better suited to their aims.  In round after round, the reformers claimed that a Christian nation necessarily supported criminal punishments designed first and foremost for reformation.  Officials retorted that public safety demanded a realistic approach to corrections, one that used bodily punishments and shame to put unrepentant inmates in their proper place.  This endless debate gave us the prisons we have today, institutions caught between simultaneous impulses to punish and redeem.

The controversy surrounding Michael Vick, then, is all the more interesting because of his public efforts to display his reformed self.  While incarcerated, Vick contacted the president of the Humane Society of the United States and offered his services to the organization’s campaign to end dog fighting.  Vick’s documentary series on BET, The Michael Vick Project, chronicled his time in prison and subsequent struggle to lead an upstanding life on the outside.  The taglines for the show say it all:  “Crime, shame, punishment, honor, courage, redemption.”

While Vick’s effort to turn his life around has won praise from many, it is no surprise that some will remain unconvinced.  Since at least the 1820s, Americans have been supremely conflicted about what to do with their lawbreakers.  Punish them or redeem them?  Or is it a little of both?