Cinco de Mayo, from the Battlefield to the Beer Bottle

Jeffrey M. Pilcher is Professor of History at the University of Minnesota. He is author of the prize-winning book, ¡Que vivan los tamales! Food and the Making of Mexican Identity (1998). Oxford University Press will publish his forthcoming history of the globalization of Mexican cuisine, “Planet Taco.” 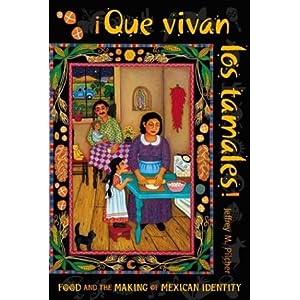 Cinco de Mayo celebrates the Mexican victory in the Battle of Puebla on May 5, 1862, against the invading French army of Napoleon III.  Mexican peasant soldiers prevailed that day largely because of their combat experience as veterans of a three-year civil war known as the War of the Reform (1858-1861).  When the French returned the following year with heavy reinforcements, the Mexicans resorted to guerrilla tactics and ultimately vanquished the foreign invaders in 1867.

In Mexico, Cinco de Mayo has been relegated to the status of a minor holiday, far less important than the national celebration of Independence on September 16.  Although the heroic battle received widespread commemoration from its first anniversary, Cinco de Mayo later became associated with the dictatorship of Porfirio Díaz, who first won fame as a young cavalry general on the field at Puebla.  When the Revolution of 1910 overthrew Díaz, the celebration went out of fashion.  Only in Puebla, where local sons had guarded the trenches in 1862, does Cinco de Mayo still evoke strong feelings.

The holiday became far more significant in the United States.  At first, it was celebrated primarily by wealthy exiles who remained loyal to Don Porfirio and fled the revolutionary fighting in 1910.  Eventually, it was adopted by the wider Mexican American community, alongside Independence Day in September.  The celebration gained mainstream recognition in the 1980s.  This was a decade of economic crisis in Mexico, which brought large numbers of immigrants across the border.  Yet the commercialization of Cinco de Mayo was also a response to the economic gains of Latinos.  As major corporations began targeting ethnic consumers, Cinco de Mayo became a prime advertising venue.  Many complained that a national holiday had been reduced to an excuse for excessive drinking, but like St. Patrick’s Day, it also acknowledged the acceptance of Mexican Americans within the so-called “melting pot.”

One of the leading promoters -- and beneficiaries -- of Cinco de Mayo has been Grupo Modelo, makers of Corona Beer.  Founded in Mexico City in 1925, the company expanded out of its regional market in the 1950s and 1960s by purchasing other local brands, including Victoria, Pacífico, and León.  Even as Modelo became the country’s largest brewer, its flagship Corona acquired a downscale reputation.  Many Mexican consumers preferred competing beers such as Bohemia.

Corona entered the United States as one of the marketing sensations of the mid-1980s.  When it began exporting the beer in 1979, Modelo adapted to local preferences by using special brown bottles in place of the distinctive clear glass longnecks with a painted crown logo sold in Mexico.  Sales were disappointing, but after a few years the company reintroduced the brand in Texas and Southern California, this time with clear bottles.  Corona caught on first with surfers and other visitors to Mexico, who recognized the familiar bottles from Baja beaches and border-town bars.  The popular mania for Corona, which took off in 1986, surprised even Modelo executives.  Shortages were reported throughout the Southwest, and the formerly regional distribution rapidly expanded nationwide.  Sales rose from 1.6 million cases in 1984 to more than 12 million two years later.  Consumers were found to be overwhelmingly young professional and college-aged men.

Brewers and bartenders alike were baffled by the sudden popularity.  Company spokespeople attributed Corona’s success to hard work and high quality.  Bartenders, meanwhile, reported bizarre ritual behavior surrounding the beer’s consumption.  Young men asked for bottles, rather than mugs, along with a slice of lime.  They pushed the lime into the bottle and drank the beer, leaving the lime at the bottom like a dead frog, or perhaps the worm in old tequila bottles.

Competitors insisted that the fad would soon pass, given the fickle nature of Corona’s young, male market.  To hurry the decline of this foreign upstart, rival distributors began spreading rumors that the beer was contaminated with urine.  These claims appeared all the more inflammatory given the widespread restrictionist outcry over Mexican migration at the time.  Barton Brands, the licensed importer, sued and obtained a settlement that including written statements from rival firms attesting to the purity of Corona.

Modelo took the rumors very seriously, but there is little evidence of a decline in sales.  Mexican reporters seeking to explain the cause of Corona’s dramatic surge gained access to inside information unavailable to journalists in the United States.  According to the national press, Modelo had conducted focus groups with their primary demographic, North American male college students.  When asked to explain their preference, large numbers responded, no doubt smirking, “It looks like another liquid.”

Far from worrying about impurities, hip young consumers laughed at the scatological joke.  Modelo directors took note of the Spring Break image their beer conveyed and built an enduring ad campaign around the beach vacation.  Abandoning their initial slogan, “Go for the Border,” they recruited as pitchman the singer Jimmy Buffett, of “Margaritaville” fame, who was already a well-known customer.  In 1992, the company rolled out a new slogan, “Change your whole latitude.”  Another advertisement dubbed Corona “the Drinko for Cinco.”  Similar inane but catchy promotions enthralled youth in Europe and Asia.  Rivals that had formerly dismissed Corona began imitating it.  Anheuser Busch introduced a lime-flavored product called Tequiza, which flopped, and more profitably purchased a minority stake in Modelo to benefit from the Mexican success.  In just two decades, Corona catapulted to number four in global beer sales.

The extent to which the tables had turned became clear in 2008, when the Belgian drinks giant, InBev, launched a hostile bid for Anheuser Busch.  With Budweiser and Bud Light, the U.S. firm still had two of the leading brands, largely due to domestic sales.  Nevertheless, Anheuser Busch executives reportedly went to Modelo for help in their unsuccessful battle against the foreign takeover.

Like the underdog soldiers who defeated a Napoleonic army on Cinco de Mayo, Grupo Modelo quickly learned the skills needed to triumph in cutthroat international markets.  No longer just a Mexican beer, Corona has become a global brand that happens to be made in Mexico.

THE PROFESOR FORGOT TO MENTION ANTONIO VALERO DE BERNABE EL LIBERTADOR OF MEXICO FROM PUERTO RICO HE WAS THE HEAD GENERAL OF THE MEXICAN ARMY ASIGNED BY THE EMBASADOR OF MEXICO TO FIGHT THE GUERRA OF PUEBLA AND LED THE MEXICAN ARMY TO DEFEAT NAPOLEON AND THE FRENCH ARMY IN MAY,5 1862 AND HE WAS GIVEN THE MEDAL OF THE LIBERTADOR OF MEXICO AND ITS IN THE BOOKS OF HISTORY AND THE TRUTH SHOULD BE TOLD CORECTLY I DIDNT MEAN TO SPOIL IT.BUT THE TRUTH IS THE TRUTH.VIVA ANTONIO VALERO DE BERNABE

I always enjoy seeing Jeff's work. I wanted to add that -- either contributing to or reflecting the vogue of Corona -- an influential San Pedro, Calif. punk band The Minutemen included a song called "Corona" on their album "Double Nickels on the Dime" that was released in 1984.

Here are the lyrics that, in fact, first made me aware there was such a thing as Corona beer.

The dirt, scarcity and the emptiness
Of our South
There on the beach
I could see it in her eyes
I only had a Corona
Five cent deposit

I had always thought the lime was a hygienic aid, ie. an acidic wipe to cleanse the lip of the bottle before putting it to your mouth. Pushing it into the bottle was, I thought, a tourist-y twist on this, possibly from not knowing why the lime wedge was served with the beer bottle....??