Pardon Me?: The History of the Washington Territorial Government and the Self-Pardon

Michael Schein is the author (among other books) of Bones Beneath Our Feet: A Historical Novel of Puget Sound (Bennett & Hastings 2011) that includes a dramatization of these events. He is an attorney and a former Professor of American Legal History. 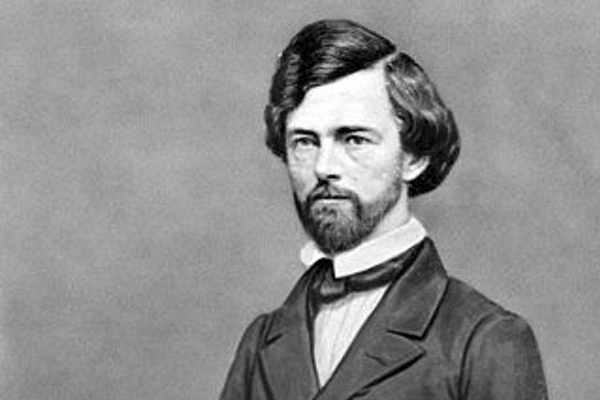 Our disgraced President, knowing that his days in office are numbered and that he has committed serious crimes, has floated the idea of pardoning himself. Reports in the media suggest that no president has ever done this, and no court has ruled on it. The first is accurate. The second is not.

The story begins March 11, 1856, in Washington Territory. Prior to statehood, Washington Territory was run like a personal fiefdom by Governor Isaac I. Stevens, a gruff man described by biographer Kent Richards as a “diminutive Napoleon,” whose uncompromising treaty terms had stirred up an Indian War. After their land was stolen by the Medicine Creek Treaty of Christmas day, 1854, combined Native forces under the leadership of Chief Leschi of the Nisquallies frequently clashed with soldiers of the Washington Territorial Volunteers, Stevens’ private and poorly-disciplined army. Leschi’s people proved themselves impossible to capture all through the winter of 1855-56, frustrating Governor Stevens and leading to popular discontent with the war.

What Stevens needed was a scapegoat. He found it in the so-called “Muck Creek traitors” – British and French former Hudson’s Bay Company employees who had settled on the outskirts of “civilized” (i.e., pacified) areas, often intermarried with Native women. Stevens declared without evidence that the only way Leschi’s people could have survived the winter was because these “half-breed traitors” had been passing food and arms to them – ignoring the fact that Leschi’s people had survived the Pacific Northwest winter in their upland villages since time immemorial. He ordered his Territorial Volunteers to arrest the traitors. Seven men – Sandy Smith, John McLeod, Charles Wren, Henry Smith, John McField, Henry Murray and Peter Wilson – were seized by his soldiers, as Richards described.

The problem for Stevens was that Washington Territory was subject to Federal law enforced by Federal judges. Frank Clark and William Wallace, two lawyers who knew a violation of civil liberty when they saw one, traveled to Whidbey’s Island to the home of Federal Judge Francis Chenoweth and obtained from him a writ of habeas corpus. This is one of the most ancient writs in British and American law, by which the Court commands that anyone holding a prisoner must “produce the body” in court to answer to the legality of the imprisonment.

Stevens knew that he didn’t have evidence of wrongdoing that would stand up in court.  He countered the Court’s writ on April 3, 1856, by declaring martial law in Pierce County under the pretext of an active state of war. This declaration suspended habeas corpus, foreshadowing Lincoln’s actions during the Civil War, which were found by the US Supreme Court to be unconstitutional. (Ex Parte Milligan, 71 US 2 (1866)).

On May 7, 1856, Chief Federal Judge Edward Lander convened court in Steilacoom, Washington Territory, to hear arguments on the writ of habeas corpus. Expecting trouble, the Pierce County Sheriff gathered a posse of armed citizens to protect the court. In historian Ezra Meeker’s accounting, Stevens told Major Benjamin F. Shaw, an officer in his Territorial Volunteers, that “martial law must be enforced.” Shaw’s men outnumbered and outgunned the posse, who were forced to back down in order to avoid bloodshed. Shaw announced that by the authority of the Governor he was shutting down the court, and arresting Judge Lander and the court clerk for disobedience to the Governor’s declaration of martial law.

At this point Stevens had a hot potato in hand – an actual Federal Judge, arrested by Governor’s executive order while attempting to do his duty to enforce the United States Constitution! Stevens cut a deal with the judge, extracting a promise that he would not open court in violation of martial law if Stevens let him go. The wily Judge Lander agreed. But on May 12, 1856, Judge Lander opened another session of court in Olympia, Washington Territory – which was located in Thurston County, not Pierce County, and was therefore not under martial law. After hearing arguments, on the next day he granted the writ of habeas corpus.

Governor Stevens responded by extending his declaration of martial law to Thurston County and directing his volunteers to refuse to comply with the writ. On May 14, Judge Lander issued an order summoning Governor Stevens himself into court to explain the defiance of the Court’s prior orders. This infuriated the Governor, who ordered Judge Lander’s arrest once again. The Territorial Volunteers literally smashed in the door to the courthouse, and Judge Lander was seized and held.

The question now for the lawyers opposing Stevens was, as Richards wrote, “simply whether a public servant shall be allowed to over-ride all law, even the highest; to usurp, at his sole and egotistical discretion, absolute power over life and liberty ….” Judge Chenoweth rushed down from Whidbey’s Island to Steilacoom where, on May 24, 1856, he opened one of the most dangerous court hearings in American history. Outside the building, an armed civilian posse defending the power of the court faced down armed Territorial Volunteers under the command of Lieutenant Samuel Curtis, who had orders from the Governor to enforce martial law. At the last minute, US Army Colonel Silas B. Casey intervened and persuaded Curtis to stand down.

Colonel Casey’s eleventh-hour heroics avoided a bloody confrontation that could even have resulted in the murder of a Federal Judge. Freshly inked writs of habeas corpus for release of the so-called traitors and for release of Judge Lander were then served on Major Shaw, who refused to comply. Judge Chenoweth told the volunteers that, while ordinarily they were right to obey their orders, obedience to unlawful orders was itself unlawful – thus presaging the Nuremburg Principle by ninety years.

Intense political pressure forced Stevens to back down. On May 25, he rescinded martial law and released Judge Lander. The case against the so-called “Muck Creek traitors” was heard by a military commission and dismissed for lack of evidence. Now the attention of the law turned to Governor Stevens himself.

Chief Judge Lander ordered Governor Stevens into court to answer charges of contempt of court, a series of events Meeker has described. Stevens refused to appear, and he was adjudged in contempt and fined $50.00. On July 10, 1856, Stevens responded as follows:

I, Isaac I. Stevens, Governor of the Territory of Washington, by the authority vested in me as Governor by the President of the United States, and in order that Isaac I. Stevens may continue in the uninterrupted discharge of his Constitutional duties as Chief Executive of the aforesaid Territory, do hereby PARDON the said Isaac I. Stevens, defendant, from any and all judgments and/or executions, and all proceedings for the enforcement and collection of fines and costs, in connection with a certain contempt proceeding in the United States Court for the Third District of Washington.

By Order of the Governor, …

Judge Lander refused to be swayed by this so-called pardon. While we have no record of his exact reasoning, we know that after reviewing it Judge Lander ordered the immediate arrest of the Governor. At that point, friends of the Governor paid the fine, thus avoiding the arrest. But the principle was established: Executive self-pardon was not worth more than the paper on which it was written.

While the pardon language in the Constitution is not specific on the point, there is a fundamental rule in American law that a person cannot serve as a judge in their own case, one cited by Acting Assistant Attorney General Mary C. Lawton in rejecting the idea that President Richard Nixon could pardon himself for crimes committed in the Watergate affair. Breach of this necessary and obvious rule would result in placing the Chief Executive above the rule of law. If the President could execute an enforceable self-pardon, then the President could do literally anything – shoot someone on Fifth Avenue as Trump once speculated, or incite an effort to overthrow the lawful government of the United States, as Trump apparently did on January 6, 2021 – and be immune from all prosecution. The wisdom of Judge Lander is that such a sham pardon cannot be allowed to subvert justice under the rule of law.