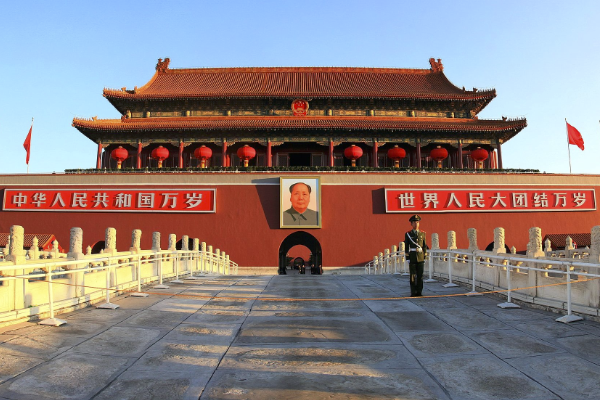 Recently we commemorated the 30th anniversary of the massacre of Chinese Students in Tiananmen Square in Beijing.  These students and other participants were peacefully protesting corruption in their government and calling for democratic political reforms in China. On June 4thth 1989, their protest was brutally crushed by the People’s Liberation Army acting under the direct orders of Deng Xiaoping. Hundreds, maybe thousands, of students and their supporters were either killed or seriously wounded. Many more were arrested and imprisoned for trying to promote democracy in China.

Since that event, the Chinese government has launched a full campaign, largely successful, to expunge this episode from Chinese history and the minds and memories of the Chinese people. It would also like the rest of the world to forget and disregard what happened on that day. Unfortunately, this brutal suppression of political/human rights was broadcast globally on television. To this very day, the Chinese government has never apologized to the victims, or their families, of this brutal political crackdown. Instead, the leaders in Beijing have tried to spread two separate narratives to two separate audiences. To the Chinese people, they say this event never happened. They want the rest of the world to believe it was fault of the students who only got what they deserved. But, the Chinese Communist Party (CCP) cannot have it both ways.

On the one hand, the leaders in Beijing would have the world believe that such a dastardly event never happened. Or, if it did, and this is quite a concession, it was a minor affair. If it was such an inconsequential event, then why employ the full power of the People’s Liberation Army which included both armed soldiers, who fired on the students, and tanks. Then, in an absolutely mind-boggling explanation, the CCP has turned itself into victims and unarmed students into perpetrators.

As the Chinese journalist Louisa Lim argues in her well researched book: The People’s Republic of Amnesia: Tiananmen Revisited, Tiananmen seems to have gone down the Chinese version of George Orwell’s Memory Hole. In a recent article in the New York Times, she wrote that the CCP has waged a kind of war against any mention of Tiananmen. The episode is erased from official histories. Web sites that document it are blocked.

Any mention of this event calls forth Chinese defiance. Recently, Chinese Defense Minister Wei Fenghe told an international conference in Singapore that the student gathering was a kind of riot; “political turmoil that the central government needed to quell.”

Within China, the government has tried its best to completely inhibit or censor internal discussion of Tiananmen altogether. Late last year, the government began a crackdown on Twitter users who posted criticism of Communist rule. A former leader of the 1989 protest was barred from traveling to Hong Kong to commemorate the anniversary.

There are reports by students in China that their virtual-private-network services have been recently suspended. VPNs, as they are called, are used by citizens in authoritarian countries to by-pass state censorship of the Internet. Some believe that this directly connected to the Tiananmen “anniversary.” But the official story from Beijing is that it is retaliation for new American tariffs. What ever the case, there is little doubt that every

year the commemoration of Tiananmen is greeted with anxiety, even trepidation in Beijing. It is simply amazing that this self-described “incident” in Chinese history could still stoke such fear among the Chinese leadership.

One wonders why, if for nothing else, their own peace of mind, the CCP does not just admit it culpability for what happened, apologize to the Chinese people, put this event in their rear-view mirror, turn the historical page, and move on? The unwillingness of the CCP to take this seemingly rational step might well speak to its political insecurity. Might this honesty not play well with and gain the respect of the Chinese people?

But sadly, this is not the case. The actions of the CCP are typical of dictatorships. The Soviet Union, from whom China borrowed its Leninist political system, would erase the entries of unpopular officials from official encyclopedias. In recent years, Mao’s last wife and the leader of the notorious “Gang of Four”, Jiang Qing, was cropped out of the picture taken at the funeral of Mao Zedong. Simply put, she was historically erased from this event. Maybe the fact that she ended up in prison where she committed suicide had something to do with her trip down Beijing’s “Memory Hole”.

What makes the threat from China quite dangerous, however, is that the Chinese are accumulating the power to also mold the collective memory of people around the world. They are not there yet.

But China’s intent to own pieces of the world’s digital infrastructure, as well as social-media platforms, threatens to make the free world’s internet as limiting as the one China imposes on its own citizens.

It isn’t just China’s push for Huawei to help built 5G wireless networks around the world. China’s Byte Dance owns the popular social-media platform Tik Tok which is popular among young web users in the West.

A Chinese gaming company now owns the popular gay dating app-Grinder and China’s We Chat is rapidly expanding its market shares in Europe and Asia for its easy-to-use program to pay for goods and services with a phone.

If the CCP had learned the lessons of Tiananmen and met the demands of its people for more personal freedoms, these developments would not be so fearful. In open societies there is a division between private business and the government. But this is often not the case in China.

In 2017, the state enacted a new national intelligence law that compels private Chinese businesses to cooperate with the Chinese government. US companies, as a price of doing business in China, have sometimes also cooperated but at least they have a choice.

This means that the data collected by Huawei, We Chat and Tik Tok can be collected, stored and searched by Chinese security agencies.

Minimally, this arrangement would give China the means to bully Western companies to comply to the type of web censorship it imposes domestically on its own citizens. It has already done this with American technology companies when it comes to their Chinese products. A  sobering scenario would allow Chinese government officials to mine the personal data of non-Chinese citizens.

Fortunately, the United States has begun to meet this threat. It has launched a global campaign to convince allies to block Huawei from participating in the building of national 5G networks. Last month, President Trump signed an executive order prohibiting the purchase or use of communication technologies owned or controlled by a foreign adversary.

One can only hope that this is not too late to save the internet from a Chinese takeover. If it is, then the rest of the world could soon be subjected to the war on history China now wages on its own people.