Jane Addams and Lillian Wald: Imagining Social Justice from the Outside

Michael Bronski is the Professor of the Practice in Activism and Media in the Studies of Women, Gender, and Sexuality at Harvard University. Author of numerous books, he has been an activist and has written about LGBTQ issues for nearly five decades. 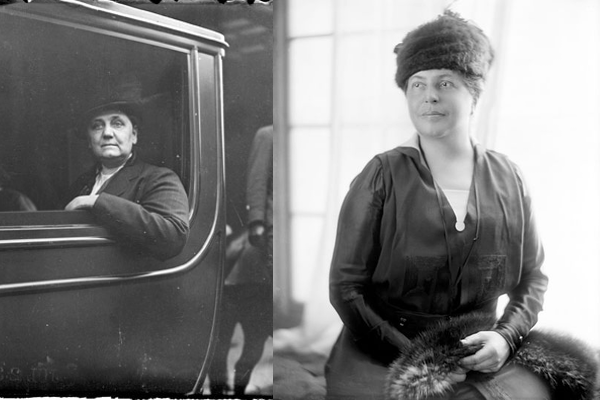 Anyone who has taken a United States history course in high school knows the story of Jane Addams and Chicago’s Hull House, the first Settlement House in America and arguably the genesis of social work in the country. More advanced textbooks may even have discussed Lillian Wald, founder of New York’s Henry Street Settlement House, who was instrumental in introducing the concept of “public health” – and the important epidemiological axiom that physical well being is inseparable from economic and living conditions.

What no one learned in high school, or later, was that Addams and Wald were women who loved other women and that these relationships – as well as the female friendship networks in which they were involved – were profoundly instrumental to their vision of social justice that changed America.

Since its founding – even amid deep seated prejudices and politics of exclusion and animus – there has been an American impulse to help the less advantaged. This was the kinder aspect of Winthrop’s 1630 sermon “The City on the Hill” (also know as “A Model of Christian Charity”)  and the sentiment was evident in George W. H. Bush’s 1988 “A Thousand Points of Light” speech. Helping fellow countrymen – at least those deemed worthy of help – was a social and political virtue.

What Jane Addams and Lillian Wald did was different. They imagined an America in which helping the poor was not charity but a work of democracy and a demonstration of equality. Addams and Wald, and many other women like them, were complicated products of the traditional American impulseforcharity and the massive reforms of the progressive era. What made them distinct was that their status as single women, and as lovers of women, gave them an outsider status that allowed them to envision different ways of structuring society.

Jane Addams, born in 1860, grew up in what looked like a nineteenth-century picture-book American home in Cedarville, Illinois with servants and farmhands. Her family was prosperous and owned factories that produced wool and flour. Her father, friends with Abraham Lincoln, was an abolitionist and progressive and raised his children likewise. While attending Rockford Female Seminary in Rockford, Illinois, Addams met Ellen Gates Starr and the two became a couple, exchanging constant letters while they were apart. In 1885 Starr wrote to her:

My Dear, It has occurred to me that it might just be possible that you would spend a night with me if you should be going east at the right time. If you decide to go the week before Christmas - I mean - what do I mean? I think it is this. Couldn't you decide to spend the Sunday before Christmas with me? Get here on Saturday and go on Monday? . . . Please forgive me for writing three letters in a week

In 1887, after hearing about Toynbee Hall in London’s impoverished East End neighborhood of London, Addams became intrigued with the new concept of a settlement house: group living in poor neighborhoods that brought local women, men, and children together with teachers, artists, and counselors from various backgrounds. Today, we might call the concept “intentional living groups.” These collectives – often funded by wealthy people – offered education, health care, arts training, day care, meals, and emotional support for the economically disadvantaged. Addams and Starr visited Toynbee House and decided to open something similar in Chicago. In 1889 they opened Hull House with the charter “to provide a center for the higher civic and social life; to institute and maintain educational and philanthropic enterprises, and to investigate and improve the conditions in the industrial districts of Chicago.”  Later, after Addams and Starr separated, her new lover Mary Rozer Smith joined her in this grand social experiment. 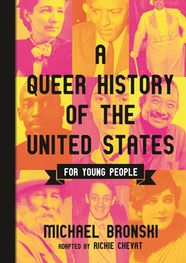 Lillian Wald had a similar story. Born into a comfortable, middle-class Jewish family in Cincinnati, Ohio in 1867 she was raised in Rochester, New York. Although she was a brilliant student, she was tuned down by Vassar College because she was considered too young at age 16. Instead, she later went to nursing school. Inspired by Jane Addams and Hull House, upon graduating, Wald and her close friend Mary Brewster moved into a tenement in the immigrant communities of New York’s Lower East Side and began their nursing careers. They believed that nursing involved more than physical care. It was important for them, and other nurses, to live in the neighborhoods of the people for whom they cared and to address the social and economic problems as much as the physical ills. Wald coined the term “public health nurse” to convey the broad swath of this goal. Soon, Wald and Brewster moved into a home on Henry Street that eventually became the Henry Street Settlement. This became  a model of community-based health initiatives and eventually the Visiting Nurse Service grew out of this work. By 1910, there were 12 branches of Henry Street Settlement throughout the city, 54 nurses, and 15,492 patients.

Wald and Brewster received emotional and financial support from many women, and some men. But, much of the core of Henry Street Settlement was formed around a close network of single women, who among themselves had a complex series of personal friendships and romantic relationships. The Manhattan socialite, and daughter of a prominent New York minister, Mabel Hyde Kittredge, for example, worked at Henry Street Settlement for many years and was an intimate friend to Wald. In the early years of their friendship she wrote to Wald:

I seemed to hold you in my arms and whisper all of this. . . . If you want me to stay all night tomorrow night just say so when you see me. . . . Then I can hear you say "I love you"-and again and again I can see in your eyes the strength, and the power and the truth that I love.

Wald had a vast network of women friends – lovingly referred to as her “steadies” – and at the end of her life she said “I am a very happy women... because I’ve had so many people to love, and so many who have loved me.”

What does it matter that Addams and Weld were women who loved women?  Addams had two major loves in her life, with whom she shared work, a vision and a bed. Wald’s relationships were less dedicated, but no less intense. Would they have been able to do this important work if they had been heterosexual, married and probably mothers? Certainly there were many married women – from Julia Ward Howe in the mid-nineteenth century to Eleanor Roosevelt in the mid-twentieth century –  who partook in public life, public service, and social reform. What set Addams and Wald and their friendship circles apart was that they were outsiders to social conventions.

In a world dominated by heterosexual expectations being a single woman culturally set you apart in ways that were dismissive – words and phases such as “spinster” and “old maid” – but also liberating: you were not burdened with the duties of marriage and motherhood. Addams and Wald were also fortunate to come from wealthy families which gave them the ability to dictate their own life choices. With limited opportunities for gainful employment, many women understood that marriage was their best path to economic security. As women unattached to male spouses, Adaams and Wald were able to break from the traditional methods of female giving such as the ideology of motherly love or the distanced, munificent “lady bountiful.”

Yet there is something else here as well. Unburdened by the expectations of heterosexual marriage these women imagined and explored new ways of organizing the world. They created new social and housing structures – extended non-biological families – that were more efficient and more capable of taking care of a wealth of human social, physical and emotional needs. In large part they were able to do this because they did not rely on the traditional model of heterosexual marriage and home as the building block of society. Instead, they rejected this model.

Historian Blanche Wiesen Cook has written extensively on how these female friendship circles – precisely because they were homosocial, and in many cases homosexual – were able to transform American social and political life with a new vision of how to organize society and conceptualize how to care for family is the largest sense of the word. Such a vision is not only profoundly American, it is the essence of social justice.