From Obama and Baker, a Lament for a Lost Consensus 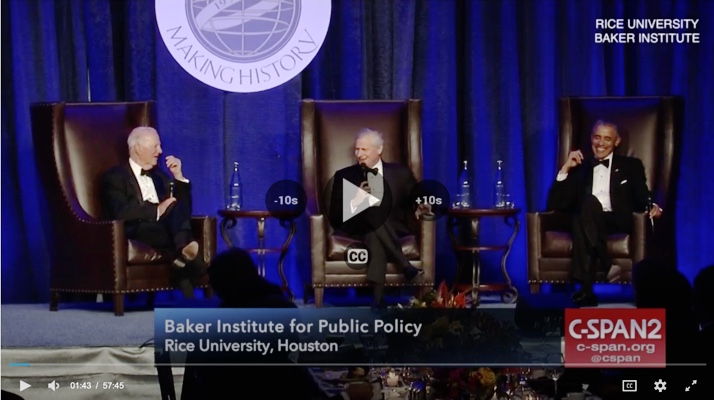 If there ever really was a so-called Washington consensus, it was sitting on stage — a former Democratic president and a former Republican secretary of state sharing laments about the days when the political system seemed to work better.

Barack Obama and James A. Baker III on Tuesday night embodied what has become of that consensus, the decades-long accord between the two parties in favor of free trade, democratic values and an internationalist foreign policy built on alliances with like-minded countries.

Where once the likes of Mr. Obama and Mr. Baker ran Washington and the world, now they are left to gather along with other “formers” at conferences and dinners and in the conversation held here at Rice University to discuss where it all went off track. In the age of President Trump, the great disrupter of the way things have always worked, the architects and preservers of the old approach are still struggling to come to terms with how it has frayed.