What Historians Could Teach Senators on the Judiciary Committee 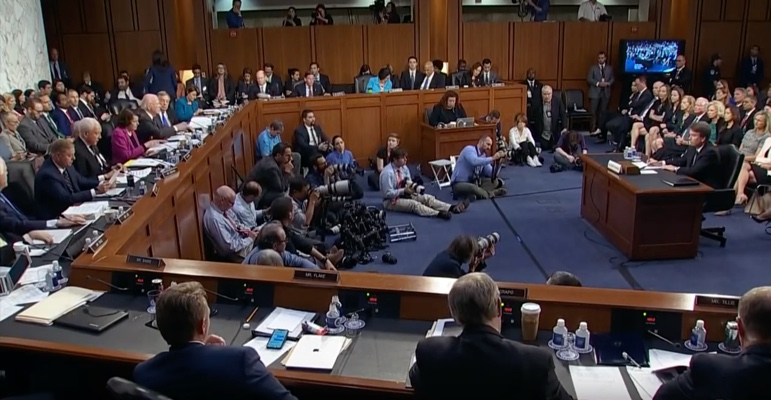 Related Link What historians said about the Kavanaugh hearings

Hand-written notes on a teenager’s calendar. Remembered whispered confidences. Letters of support signed by wealthy acquaintances. Letters of non-support signed by wealthy lawyers. Therapist records. Rate My Professor scores. The recent Kavanaugh hearings, and the broader #MeToo movement in which it unfolded, were less a contest of he-said/she-said and more a battle over evidence. As each side put forward its case, they made it clear that the question of what counts as evidence can never be separated from the context in which that evidence was created, preserved, and interpreted. 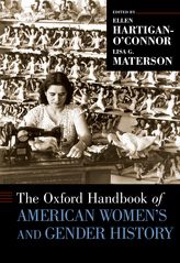 So how do we know what we know at this moment in U.S. culture and politics? Historians of women and gender have deep experience with fragmentary evidence. They have long known that understanding the experiences of the country’s majority population—women—often requires piercing the silences that men and institutions have deliberately woven into the archive made up of that evidence. They also understand that ideas about gender shape what counts as truth.

Well before evidence reaches the Library of Congress or some other repository, historical actors create the contours of the archive. In the minds of slaveowners, enslaved people labored, reproduced, and carried value in their purchase price; slaveowner’s records count crop yields, children born into slavery, and the sale of human beings. The documents they created reflected their view that slavery was a labor and financial system. In the 1930s, Works Progress Administration interviewers expanded the archive of slavery by interviewing very aged people who were children during the slave regime. Now in the Library of Congress, these interviews were once attacked as bad evidence: How could these peoples’ memories be accurate, after so many years? The words of women who endured slavery could never be as real as the ledgers of men and women who imposed slavery. But women’s and gender historians saw something else—that the lived experience of enslavement was about relationships—loves, jokes, sorrows, celebrations, rivalries—as well as labor. Enslaved people knew their price, but they also knew their human value to themselves and their community.

The archive does not tell us all that is worth knowing, and centering women’s experiences means recognizing what is missing and determining how to find it. Historically preservation has been at the discretion of the privileged and powerful, who had the access, the support staff, and the storage space to craft an archive that suited their idea of valuable information. No one preserved the pencil tallies an eighteenth-century woman used to record debts with neighbors. No one boxed up the baby clothes of Cherokee infants who died in the forced march to Indian Territory in the early nineteenth century. The absence of such tallies or bundles of clothes in the archive does not mean that these events did not happen or are not worth knowing. Scholars interested in women’s economic lives learned to look for the off-hand reference in eighteenth-century court testimony that alluded to vast networks of local exchange dependent on women’s transactions and vanished documentation. Today, as well, the archive is shaped by those who preserve it: Notes can be filed or shredded. Calendars can be preserved or tossed. And whispered confidences can go unrecorded.

The archive also does not tell us what counts as truth. People interpret evidence, and ideas about women and gender shape their evaluations of the truth claims. Practitioners of American women’s and gender history pioneered analyses that highlight how overlapping social hierarchies—gender, race, class, ethnicity, sexuality, gender identification, religion, age, and able-bodiedness/disability—shape different receptions of those truth claims. In the late nineteenth and early twentieth centuries, a white woman’s claim of sexual assault could generate a lynch mob against a black man, without calls for corroboration or physical proof. Yet white southerners dismissed black women’s reports of white men’s sexual violence, and they exiled black writer Ida B. Wells for merely suggesting the truth that white women willingly had sexual relations with black men.

Multiple institutions control who gets to interpret evidence, and whose interpretations will be accepted. Generations of women’s and gender historians worked to bring women into the academy and developed interpretive methodologies to account for diverse women’s experiences. Among their excavations was the story of how women also fought throughout the twentieth century for the right to interpret evidence on juries. In 1961, the U.S. Supreme Court ruled that Florida could routinely exempt women from jury rolls because they had “special roles and responsibilities” as “the center of home and family life.” Even after this precedent was overturned, people of color were routinely dismissed from juries through various guises, denying their ability to judge truth claims, to critique the evidence, or to point out the silences in testimony.

Twenty-five years ago one Senate Judiciary Committee deemed Anita Hill’s testimony implausible; today, a different one considered Christine Blasey Ford’s testimony credible, but with caveats. Divergent histories of black and white women’s sexualization shaped these two interpretations. So did the archive that provided context—the legal concept of sexual harassment was less than twenty years old in 1991, and the cases and claims were still sparse, in contrast to today, when every human resources department has practices and policies for sexual harassment and sexual assault. So, too, did the composition of the Senate Judiciary Committee that heard the evidence. But in both 1991 and 2018, the anger and frustration publicly displayed by powerful men under examination solidified the truth of their claims. The #MeToo movement has insisted that women and girls’ testimonies are dependable sources of their own experience. Yet many observers, including some in the Senate, perceived an adult woman’s recollection of her teenage assault as ultimately unverifiable and therefore not a basis for action.

Contemporary politicians and commentators would do well to take a lesson in the long history of evidence and the archive, especially as it pertains to battles over gendered behavior and power. They might learn what they don’t know—that evidence has always been funneled through a process of creation, preservation, and interpretation—with gender and power shaping each step. Women’s voices matter; those who want to know their experiences must train themselves to hear them.