Why Does Chicago Seem Broken?

Roger Biles is Professor of History Emeritus at Illinois State University and the author of Mayor Harold Washington: Champion of Race and Reform in Chicago. 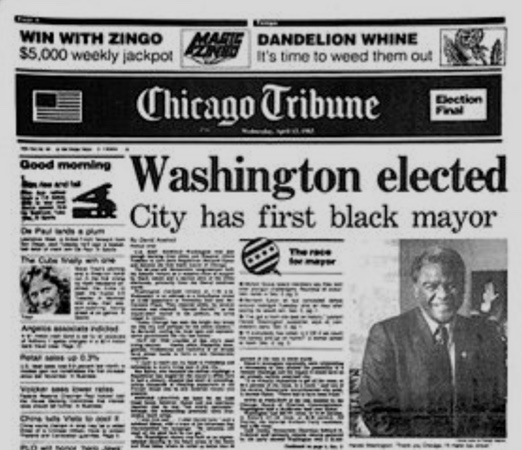 From Friday, August 3, 2018 at 6:00 p.m. until Sunday, August 5, 2018 at midnight, reported Chicago police, gunfire claimed sixty-six victims on the predominantly African American South and West Sides of the city. Twelve residents, ranging from the ages of eleven to sixty-two, died from the gunshot wounds during the weekend. The sudden outburst of gunplay underscored the fact that, although some metrics had indicated a recent decline in the city’s astronomical homicide rate, Chicago was still struggling to curb gun-related violence. A 2016 blue ribbon task force appointed by Mayor Rahm Emanuel to study the problem had made a series of recommendations, virtually none of which had been enacted by the administration. 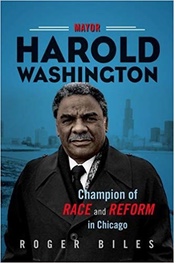 At the same time that ambulances sped the wounded to overcrowded emergency rooms, thousands of music lovers enjoyed an annual lakefront music festival (“Lollapalooza”) without incident a few miles away. The striking contrast between the jubilation in Chicago’s resplendent downtown and the mayhem on the mean streets of impoverished deindustrialized neighborhoods again painted a portrait of two Chicagos sitting side-by-side separated by race and class.

While Mayor Emanuel proclaimed that Chicago had achieved the status of a global city, repeating a boast initiated by his predecessor, Richard M. Daley, residents of less fortunate enclaves continued to suffer high crime rates, hopelessly underperforming schools, inadequate health care, and substandard housing. The shocking inequality left forlorn Chicagoans of color recalling the promise of a time thirty years before when Harold Washington, the city’s first black mayor, had promised a new era of fairness and openness in the Windy City.

Harold Washington narrowly won in the 1983 mayoral race and prevailed again in 1987 by an equally slender margin. Raised in a political family on the city’s South Side, he began working for the monolithic Democratic machine at an early age. Having served sixteen years in the Illinois General Assembly and won two terms in the U.S. House of Representatives, he had broken away from the Democratic machine and declared his independence from Mayor Richard J. Daley’s autocratic rule. When he ran for mayor in 1983, Washington did so as a crusading change agent. Promising an end to business-as-usual and challenging the powerful patronage network that controlled local governance, he ran on a platform of equity, transparency, citizen participation, balanced economic growth, and neighborhood empowerment. “No one, but no one in this city will be safe from my fairness,” he light-heartedly assured the people scattered throughout Chicago’s fifty wards. He owed his mayoral victories to overwhelming support in African American precincts, but increasingly won support from white liberals and the city’s growing Latino population.

Unfortunately for the ambitious reformer, the racially charged campaign of 1983 heralded an era of bitter political divisiveness that obstructed his efforts to change city government. In the infamous “Council Wars,” a determined band of obstructionists formed an unbeatable majority in the city council, refused to confirm his appointments, and voted down his legislative initiatives at every turn. Washington carved out modest changes around the edges through executive orders but found his principal reforms thwarted until the outcome of a special redistricting election in 1986 shifted the balance of power in the city council. With only a year remaining in his first term, he at last prepared to govern with a supportive city council majority. Onlookers expected that Washington’s leadership would flower in his second term, but he died of a massive heart attack just seven months after his 1987 reelection victory. The suddenness of his death, with no forewarning of declining health, stunned Chicagoans – no more so than in the black community, where the mayor enjoyed a special bond with the people. The emptiness of unfulfilled promise left Washington’s supporters, black and white, to sigh, “If only Harold had lived….”

Although never fully allowed to transform Chicago in the manner he had outlined in his campaigns, Harold Washington managed to effect a number of specific modifications in city governance that hinted at even greater changes to come. Determined to instill a new spirit of openness, he granted greater access to city hall, issued a freedom-of-information executive order, and decentralized the budget-making process to allow citizens to participate in the drafting of the annual city budget for the first time.

To correct the damage inflicted by decades of patronage and discriminatory hiring, he steadfastly advanced the cause of affirmative action – both as a matter of fairness and as what he insisted was a healthy and effective way of doing business in the public sector. He appointed scores of women and minorities to posts in municipal agencies and appointed the city’s first gay and lesbian liaison to balance the scales in favor of those groups historically ignored or mistreated by city hall. Profiting from a robust building boom in the central business district and ignoring the tradition of investing only in that area, he channeled unprecedented sums of money into neighborhood refurbishment. “Downtown grows itself,” the mayor often said, and his administration worked hard to stimulate economic development throughout the city.

Washington’s wholehearted belief in affirmative action, commitment to redistribution, and determination to make government more open and accessible – in short, his headlong pursuit of fairness – established a new tone in city hall that arguably accounted for his greatest achievement and principal legacy as mayor. Such alterations in Chicago’s municipal government, the mayor and his allies believed, gave hope that fundamental systemic change would follow and that reform could be institutionalized. In the meantime, the accessibility, inclusiveness, and elevated commitment to equity evidenced by the administration were transforming the political culture of Chicago. For the first time, groups of people sharing certain characteristics or living in particular corners of the metropolis believed that their priorities counted too and that their futures mattered. By the account of contemporaries observing the mood of the people downtown and in remote neighborhoods scattered throughout the city, Chicago crackled with a new sense of purpose and possibility during the Washington era.

Looking at the anomie and fear pervading the city’s worst neighborhoods today, it is difficult not to concur with those who lament, “If only Harold had lived.”