The Other FBI Investigation the White House Couldn’t Muffle

Alan McPhersonis Thomas J. Freaney, Jr., Professor of History and Director of the Center for the Study of Force and Diplomacy at Temple University. He is the prize-winning author and editor of ten books. 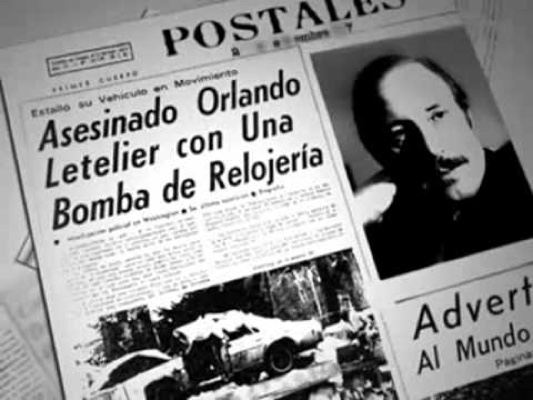 The recent charges filed against Donald Trump’s close associates—and perhaps soon enough against the president himself—should come as no surprise to long-time observers of the Federal Bureau of Investigation. Its men and women are professionals. The great majority are also patriotic and apolitical. They almost always—to borrow a slogan from the Canadian Mounties—get their man, or at least they never give up. “We’re dogged people,” former FBI Director James Comey used to brag of his outfit.

Forty years ago, one of the most challenging cases in U.S. history proved federal intelligence officers’ nose-to-the-grindstone grit in the face of not one but several successive White Houses that preferred to see the investigation die. It should now provide us with some comfort.

On September 21, 1976, former Chilean Ambassador and opponent-in-exile of the Augusto Pinochet dictatorship Orlando Letelier, along with Ronni Moffitt, a colleague, perished when a car bomb destroyed a car the Chilean was driving down Embassy Row in Washington. The assassination caused an international uproar, but political killings were common at the time and even the attorney general predicted the case “would be practically impossible to solve.” Henry Kissinger, then secretary of state under President Gerald Ford, had long intimated to South American despots, loyal anticommunists that they were, that they could hunt down their own citizens free from U.S. pressure. Pinochet felt untouchable.

Not getting that memo were the Department of Justice’s investigators on the ground, headed by Assistant U.S. Attorneys Eugene Propper and Larry Barcella, teaming up with FBI special agents such as Larry Wack, Carter Cornick, and Robert Scherrer. Sure, these men harbored political opinions, and they were not predisposed to favor a socialist such as Letelier.

But none of that mattered when there was a job to do. Laws had been broken—in this case, US Code 1116 (a), which protected foreign officials such as Letelier, and District of Columbia Code 2401, which defined Moffitt’s death as murder in the first degree. The FBI gave the Letelier-Moffitt case top priority handling, corralling 75 to 100 agents.

For a year and a half—twice as long as the Trump administration has been in power—Propper and his team quietly chased down leads. They infiltrated the anti-communist Cuban Americans in Florida and New Jersey. They collaborated with a grand jury. They asked questions around South America. Like Robert Mueller and his team today, the Letelier-Moffitt investigators had no incentive to go public early, lest they burn sources or bury secrets even deeper.

Only in spring 1978 did investigators publish photos of two suspects, an American and a Chilean, in order to ferret out their names. The American, Michael Townley, turned out to have fabricated the car bomb, and his expulsion from Chile led to Cuban-American co-plottyers and, over fifteen years later, to the Chilean heads of the secret police who ordered the assassination.

Throughout the saga, U.S. political leaders helped little. They expressed shock—shock!—that Pinochet would flout U.S. national sovereignty. But Jimmy Carter’s milquetoast sanctions barely made a dent in Pinochet’s economy, and the president would not meet with Letelier’s widow or Moffitt’s widower. Ronald Reagan remained oblivious to Chile while ground-level diplomats used the Letelier case to help oust Pinochet. In Chile itself, it was journeymen lawyers and investigators who kept the case alive against the dictatorship’s wishes.

In the end, technocrats prevailed over politicians; institutions persisted while administrations vacillated. The “deep state,” for lack of a better term, not only spared the Letelier case from oblivion but also safeguarded democratic processes.

Rather than merely take heart from the Letelier success, the American public and even today’s FBI might even adjust their methods and work with civil society. In the Letelier case, Justice and the FBI could not have won the day without the help of Letelier’s widow, Isabel, and her friends in Chile and at the Institute of Policy Studies, who not only provided crucial leads to investigators but also kept the case in the public eye and made it impossible for president after president to ignore. Human rights advocates themselves were at first wary of the FBI, but they learned to trust it.

Confiding that Justice and FBI employees will do their jobs honorably should afford us some peace of mind in a morally dislocated era when malfeasance, fraud, and obstruction of justice seem to go unpunished. Justice may not be swift, but it will come.