We Can Be Slouches at Citizenship Nowadays

A graduate of West Point and a retired Army officer, Fred Zilian (zilianblog.com) has taught Western Civilization at the high school and college level for twenty-five years. He now teaches at Salve Regina University, RI. Click here for other articles in this series. 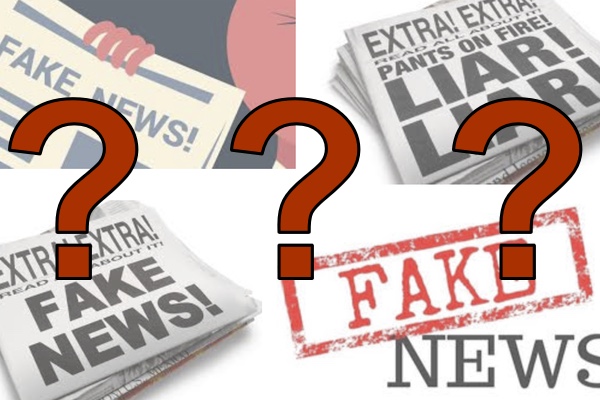 The rise of hyper-connected consumerism has tended to transform the individual American from “citizen” to “consumer”—not only of goods and services but also now of images and information.

The advent of mass society and of consumerism occurred in the late 19th century as one of the many effects of the Industrial Revolution, which by then had been progressing for over a century. A tremendous variety of goods were made available for purchase and a burgeoning middle class was delighted to acquire them.

However, the last 40 years has witnessed the Information Revolution with even greater impact. The rise of the internet and the proliferation of ever-more powerful cell phones have taken consumerism to a new level. We can now order goods without leaving our home by using our hand-held devices. Citizens now need not interact with other citizens to shop or pay their bills. We can shop online, not only for merchandise, but even for food which is delivered to our doors. The pursuit of happiness—or at least leisure and fun—can take place without departing one’s home and engaging with other citizens, decreasing the opportunities for civic interaction.

Symptomatic of this slide from citizenship to consumerism is the decline of Thanksgiving. The past few years the passing of Halloween has immediately brought Christmas goods to store shelves. At the local pharmacy and drugstore, merchandise relating to Thanksgiving seems to have become extinct. Insurance companies have paid for their names to be said and seen in baseball and football games, one as a player slides into home plate “safe and secure,” the same one appears on the line of scrimmage just before the play begins, and another rises between the goal posts as we watch the point after touchdown.

Fifty years ago at the movies we would settle in with the newsreel, previews, and a few cartoons. Now we grow impatient as we are forced to view not only hyper-fast trailers but also numerous commercial ads.

Even our homes are no longer immune from commercial attacks. Fifty years ago when the phone rang, we answered it. The call was just about always from someone we knew—family, friend, acquaintance—who was not trying to sell us something. Today even placing one’s phone number on the no-call list does not ensure immunity from commercial offensives. Clearly our homes are no longer our protected castles.

Compared to the 1960s, the good citizen is now bombarded by commercialism and consumerism. The overall effect is that this citizen has tended to become re-wired to think less as a citizen and more as a consumer. This produces less civic awareness and less civic action, a dynamic not healthy for American civicism.

Fake News, An Era of “Infotainment”

In the last forty years we have seen the tremendous expansion of media sources through which the citizen may obtain information. Regarding TV, the three major broadcast channels no longer command the attention of the citizen they once did. The result is that the citizenry no longer have a common narrative and analysis of news events, broadcast by media organizations which seek to uphold high journalistic standards. This has led to a multiplication of interpretations of reality—of what is real and what is fantasy.

President Trump and his administration, in criticizing news agencies that find fault with them, have used the term “fake news” to disparage such news. He has also called the media “the enemy of the people.”

With the arrival of the internet, anyone—motivated simply by profit—can easily establish a website which purports to provide “news.” For example, in November 2016, the New York Times reported on such sites established by Beqa Latsabidze, a 22-year old college student in the country of Georgia. In establishing the sites, he indicated that his only motive was to make money from Google ads.

In the lead-up to the November presidential election, his sites initially focused on Hillary Clinton. However, the website drew little attention. He then switched his focus to Trump and his readership soared. He found success in stories praising Trump that mixed real information with fake, material which lauded Trump and criticized Clinton. Some were totally false, such as the one which reported in the summer 2016, that “the Mexican government announced they will close their borders to Americans in the event that Donald Trump is elected President ….”

Latzabidze stated he was amazed that anyone would mistake some of his fake posts for real news. They are simply “infotainment.” He argued that he was simply providing people what they wanted, in this case, stories praising Trump to Trump supporters.

A second example of a starkly untrue news story which echoed throughout the pro-Trump media outlets was the tweet which Jack Posobiec sent on May 17, 2017, regarding fired FBI director James Comey claiming that the former director had said under oath that Trump did not ask him to halt any investigation. The New York Times reported that this was simply untrue. Nonetheless, the tweet was picked up quickly by pro-Trump channels and used. It made its way to the prime time Fox News channel and also the broadcasts of conservative Rush Limbaugh.

The proliferation of fake news, spread by websites which do not uphold a high journalistic code, can have dire impact. This was illustrated by the case of the one-man raid on a pizza restaurant in Washington, DC. In December 2016, after reading fake news on the internet that Democrats were harboring child sex slaves at the Comet Ping Pong restaurant, Edgar M. Welch armed himself with an AR-15 assault rifle, drove to DC from North Carolina, and raided the restaurant. Fortunately, no one was hurt before he was subdued.

The final new challenge for the conscientious American citizen of today is the election of Donald Trump to the presidency. The person occupying this position ought to be the “first citizen” of state, commanding the ethical heights of American citizenry. However, like him or not, the American citizen does not have a president behaving as a role model for the common American citizen. It is not his love of country—his patriotism—that is in question. He certainly believes in America and wants to make it GREAT again. Neither is this a statement about his policies. Rather it is a statement about his comportment. The commander-in-chief (CINC) of the armed forces must also be the commander-in-chief of civicism—civic spirit—and of civility, if American civilization is to thrive. To date he has not fulfilled either role particularly well.

As CINC-Civicism, he should promote the idea that we are all citizens of America together, requiring a breaking down of the walls which may separate us. Instead, beyond speaking to his base—25 to 35 percent of the population—he has shown himself better at promoting division. As CINC-Civility, he should promote civil, reasoned discourse in the public square. To the contrary, he has been quick to lose his temper and has often shown petulance, defensiveness, vindictiveness, and rudeness—in a word, incivility.