A graduate of West Point and a retired Army officer, Fred Zilian (zilianblog.com) has taught Western Civilization at the high school and college level for twenty-five years. He now teaches at Salve Regina University, RI. Click here for other articles in this series. 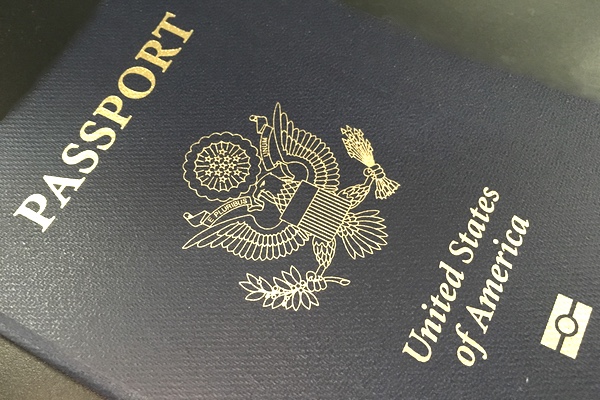 Some of us just want red, white and blue patriots.

Since the divisive Sixties, the rights, duties, and norms of the “good American citizen” have been a subject of debate and division. They have become especially relevant in recent years with the actions of Edward Snowden and Colin Kaepernick, and now with the election of Donald Trump and his proposed policies on immigration reform and his accusatory statements against those who do not stand for the national anthem.

In the Western tradition, the roots of citizenship and the good citizen reach back to the ancient worlds of Athens and Republican Rome. Citizens had both rights from and duties to the political body—the city-state. When the state—facing an emergency—summoned the citizen to military duty, the citizen had to respond, putting his allegiance to the state above allegiance to family, clan, faction, or tribe. Aristotle maintained that a human being could reach his full potential only through the city-state. To Pericles, living life aloof from the affairs of state was stupidity.

In Republican Rome, citizens’ rights became more complex and codified. As Republican Rome increased its conquests through force, it even used the “carrot” of Roman citizenship as a diplomatic tool to cement political relationships with conquered peoples.

Drawing inspiration from the ideas of the Enlightenment, French revolutionaries early on in their fight against absolute monarchy and the old order of privilege in the late 18th century enumerated and codified citizens’ rights in a document, “The Declaration of the Rights of Man and the Citizen.” Facing military threats from hostile neighbors, it called upon not only “citizens” but all members of the French nation—young and old, male and female—to perform duty for this new France. Passive citizens no longer sufficed. New active citizens were needed, citizens who possessed and acted on their “public virtue,” what Republican Rome had called “pietas.”

Nazi Germany required German citizens essentially to surrender their rights. Emphasizing duties instead of rights, it demanded that they fulfill these duties to save Germany from the vengeful victors of World War I and to restore Germany to glory. This Germany did not subscribe to any code of rights derived from the Enlightenment. The German citizen was defined in narrow, exclusive terms, with Aryanism being the key litmus test. Echoing Aristotle’s idea in part, Nazi Germany asserted that the German citizen was nothing apart from the German state and that Adolf Hitler and party officials exclusively commanded the ethical heights of right and wrong. Enculturated to think of Jews as subhuman, ordinary German citizens—not just hardline Nazi functionaries—contributed at various levels to the mass execution of Jews and other undesirables.

For the first two decades after World War II, American citizens were in general agreement as to the rights, duties, and norms of the good American citizen. Their fundamental rights were clearly enumerated and codified in the Constitution, though subject to various interpretations. With memories of the war still fresh and now facing Cold War competition with the Soviet Union, Americans were generally united in their duty to support their country’s leaders and policies against Soviet communism, the leader of which said that he would “bury” us.

As the Sixties began and many movements for change proliferated, the consensus of the Fifties cracked. Large groups of mostly younger citizens, middle-class citizens, and African-Americans citizens split from the majority of American citizens who believed generally in the legitimacy of the American system, its leaders, and its policies. The rights to assemble and to free speech gained in prominence and allowed these groups to demand change. They asserted that America was not so beautiful; rather it was deeply flawed. The wonders and prosperity of capitalism were illusions and did not bring happiness and contentment. Social injustice was rife. They asserted that the arms race, especially the nuclear arms race, was dangerous and unnecessary. The country’s involvement in the Vietnam War had to end, some of them going so far as to actually visit with and break bread with the enemy. They asserted that the country’s authority figures were capable of great stupidity, could not be trusted, and had to be challenged. Finally, they asserted that a freer, more open lifestyle was better than mindless conformity.

The most significant legacy of the Sixties regarding citizenship was the breakdown of the single model of the “good American citizen” of the postwar period. Large portions of the population believed that a good citizen was no longer just a “red, white, and blue citizen”—“my country, right or wrong.” Now one could be accepted as a “good citizen” by being, let us say, a good “white citizen”—someone who is motivated on pure principle to disagree publicly with the countries’ political leaders and policies. One could now be a “good black citizen”—one who is prepared to oppose publicly the countries’ policies on minorities. Some would even condone a good “red citizen”—one who is prepared to use violence to change American policies or indeed the American system. After all, it was none other than the writer of the Declaration of Independence who said: The tree of liberty must be refreshed from time to time with the blood of patriots and tyrants. The “yellow citizen”—one who protests merely for self-interest—has never gained legitimacy or respect.

President Donald Trump in many ways has shown that he longs for the good old days, apparently the late 1940s and the 1950s. With his comments disparaging the members of the NFL who refuse to stand for the national anthem, he is saying clearly to Make America Great Again, the only good citizen is a “red, white, and blue” one. This is a mere chimera.