Peter Guardino is Professor of History at Indiana University. His most recent book is The Dead March: A History of the Mexican-American War, a social history of the conflict published by Harvard University Press.

Mexico and Mexicans have rarely been as prominent in the American political imagination as they are right now. President Donald Trump began his presidential campaign with a statement about Mexico, claiming that Mexico was sending immigrants who were “bringing drugs…bringing crime. They’re rapists.” He aligned himself very firmly with a particular subset of Republican politicians, people like current U.S. Representative Steven King of Iowa who have placed opposition to immigration and the propagation of racial stereotypes about Mexico’s roughly 120 million people at the center of their efforts to gain and hold political power. King, for instance, achieved fame by opposing efforts to legalize Dreamers, undocumented residents who were brought to the United States while still children, arguing that “ for every one who’s a valedictorian, there’s another 100 out there that weigh 130 pounds and they’ve got calves the size of cantaloupes because they’re hauling 75 pounds of marijuana across the desert.” 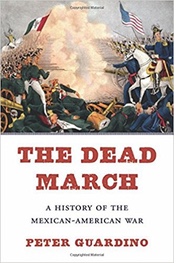 America is rapidly becoming more ethnically and racially diverse and millions of Americans are having difficulty finding paths for upward mobility or even a secure living. This particular subset of Republicans has responded by blaming foreigners and especially Mexicans, including immigrants and those who labor in Mexico making products for American consumers. These politicians are not interested in discussing how tax policies have encouraged the increasing concentration of wealth in a few hands, how dramatic drops in transportation costs have facilitated offshore production, how attacks on unions have limited gains for workers, or how automation has built a world in which record quantities of American industrial production require minimal numbers of workers. Focusing on Mexico and Mexicans allows this subset of Republicans to attribute the very real economic pain and social dislocation experienced by some white Americans to a group these politicians make seem very foreign and menacing, mostly by associating it with crime. The racialization of Mexicans is not the only arrow in the quiver of these politicians: most combine it with more conventional Republican ideas promoting limited government, reduced taxation, government control over women’s bodies, and, of course, racial stereotypes about African Americans. Still, the prominence of ideas about Mexicans in their rhetoric is striking. Dreams of border walls, attacks on the Dreamers, and even the pipe dream of bringing back American jobs by dispensing with or modifying NAFTA dominate what passes for their agenda. This agenda is so dissonant with the empirical reality of the forces that shape immigration and trade that it seems a fever dream. Yet, it causes very real tragedy by pushing many honest, hard-working people into the shadows, so that even routine activities such as driving to work expose them to possibly drastic consequences. It has also already led to the construction of border fortifications everywhere the border can be easily accessed, forcing those who try enter the US to feed their families or sometimes even to live with them toward some of the continent’s deadliest terrain, where over the last few decades thousands have died of dehydration, exposure and drowning.

Mexico has not been this prominent in the American political imagination since 1846-1848. Then, a subset of the Democratic Party saw in Mexico an opportunity to achieve its political goals in an America in which many people worried about worsening income stratification as commercialization grew, the Industrial Revolution took hold, and an increasing proportion of white Americans worked for wages. These politicians sought to expand American territory at the expense of Mexicans, treating them as many whites had long treated Native Americans. They championed a vision of white masculinity and opportunity that attracted many relatively poor white males to policies that mostly benefited wealthy speculators and slave owners by offering poor white males a chance to feel good about themselves through dominating African Americans, Native Americans, and Mexicans. President James Polk at first hoped that he could force Mexico to sell most of the territory that is now the American Southwest by only threatening war, or perhaps after fighting only a short war. He instead maneuvered the United States into a major conflict that resulted in the deaths of around 13,000 Americans and probably twice as many Mexicans. The years I spent researching The Dead March, my recently published social history of this war, often brought me face to face with the tragedy and ugliness behind America’s rise to continental dominance. I confronted the outraged, saddened, and traumatized voices of both Americans and Mexicans who experienced or witnessed squalid, disease-ridden army camps, starving marches across desert wastes, the murder and rape of Mexican civilians, the fall of Mexican families from poverty into lethal malnutrition after their men were marched off to war, and, of course, the violence men inflicted upon each other during battles.

In the American historical consciousness this war is usually remembered for expanding American territory and thereby helping to usher in the Civil War. Yet the prominence of Mexico in recent American politics suggests that we also should remember the ways in which racialized discourse that portrayed Mexicans as inferior, untrustworthy, lazy, and prone to crime was used to justify American aggression and the appalling behavior of some American soldiers during the Mexican-American War. Some Mexicans had earlier believed that the United States was a sister republic whose ideals they should emulate, but the war rapidly made them realize that most Americans did not consider Mexicans their equals as human beings. It also made them see the ideals espoused by Americans as hypocritical. Mexican intellectual and politician Carlos Maria de Bustamante pointed out ironically that “by some strange anomaly slaves are sold in the freest country in the world.” Many American politicians worried about the injustice of our invasion and the way it undermined American ideals. A young Abraham Lincoln was a congressional opponent of the war, and Henry David Thoreau wrote “On Civil Disobedience” after spending a night in jail during 1846 for refusing to pay taxes to support the war. In February 1847, Ohio Senator Thomas Corwin called the war a grave threat to American democracy, telling the Senate that each chapter of American history written “in Mexican blood may close the volume of our history as a free people.” Corwin argued that injustice does harm beyond its most direct victims by also damaging its perpetrators and putting at risk the political institutions of the aggressors. He correctly predicted that the war of conquest against Mexico would soon lead to civil war between the North and South. Years later, Mexican-American War veteran Ulysses S. Grant also emphasized the connection between that war and the Civil War. In his memoirs, he wrote that “nations, like individuals, are punished for their transgressions. We got our punishment in the most sanguinary and expensive war of modern times.”

The racialized rhetoric some politicians used in 1846-1848 caused great suffering and death in Mexico, and lasting damage to the United States. Today, very similar racialized rhetoric promotes policies that also cause suffering and death for Mexicans and people of Mexican descent. At the same time, it damages the United States by reinforcing some of the worst baggage that we bring with us from our past, the notion that if some whites are having trouble achieving their dreams, it must be because racial Others are too successful in achieving theirs. For shame.