Michael E. Neagle (@mikeneagle) is an assistant professor of history at Nichols College in Dudley, Mass., and the author of America’s Forgotten Colony: Cuba’s Isle of Pines. 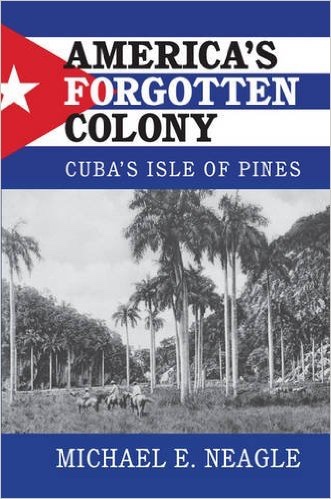 Fidel Castro may have died on Nov. 25. But he has haunted former residents of Cuba’s Isle of Pines for years.

In the late-1950s, this island off the southwest coast of mainland Cuba was home to a few hundred Americans. Some had lived there for decades. Others were part of an influx of tourists, retirees, and teachers looking for relaxation or an affordable winter home. By most indications, this colony of Americans had successfully integrated among the broader multinational community of roughly 10,000 people.

Then the Cuban Revolution happened.

It’s been well-documented how Castro’s reforms upended life in Cuba. One of his little-known legacies, though, was ending the six-decade-old American colony on the Isle of Pines. Its collapse wasn’t necessarily by design, but a consequence of deteriorating relations between Washington and Havana. Nevertheless, it earned him the enduring enmity of those who were compelled to leave a place that had held such promise.

Now, with the former Cuban leader’s long-awaited death, the time may be near for those former residents and their families to exorcise a ghost and win a measure of redemption.

One of those denizens was Frederick Swetland Jr. A native of Ohio, he moved his wife and children in 1957 to the property that his grandfather had purchased a half-century earlier. On a plot that stretched nearly 10,000 acres, he raised cattle, ran a sawmill, and rented rooms at his home to tourists.

Three years later, Swetland and his family left the Isle. The Cuban government expropriated their land, home, and sawmill – even the cattle. Such seizure of resources for popular redistribution was part of Castro’s wider aim to create a just and equitable Cuba after years of corruption and oppression under Fulgencio Batista’s dictatorship.

But, as Swetland drolly noted in a private memo, “in his anxiety to get rid of the rats, Fidel burned down the barn.”

One of Castro’s driving motivations was to redress the undue political, economic, social, and cultural influence the United States had enjoyed since Cuba’s independence. The Isle of Pines was a significant part of that history.

Shortly after the Spanish-American War, U.S. businessmen bought hundreds of thousands of acres on the Isle. These entrepreneurs believed it to be a spoil of war from Spain and the next great frontier. Many of them engaged in citrus and vegetable production for export. Such Americanizing took place with little regard for the local population, who nevertheless proved to be invaluable business partners and laborers. Settlers, meanwhile, vigorously advocated for the Isle’s annexation to the United States, which aggravated pineros (native Cubans) of all classes.

Their lobbying ultimately went nowhere. The Theodore Roosevelt administration found the island unsuitable for a military base – the waters around it were too shallow. Instead, they traded potential claims for a lease to a more desirable location: Guantánamo Bay.

In 1925, the U.S. Senate ratified the Hay-Quesada treaty affirming Cuban sovereignty on the Isle; by then, most of the American community had departed. Hurricane damages and business failures further undermined the colony. From a peak of roughly 2,000 settlers in the mid-1910s, fewer than 300 remained by the 1930s.

The Isle enjoyed a revival in the 1950s. Helped by tax breaks initiated by the Batista government, Cuban and American businessmen developed projects that promised to make the Isle of Pines the next great tourist destination. U.S. citizens were eagerly welcomed back as customers, clients, and homeowners. Such acceptance was a decided contrast to the brewing anti-Americanism in Havana, where vice, corruption, and organized crime – much of it tied to U.S. tourism – were rampant.

Compared to the early-20th century, a détente between Americans and Cubans was clearly evident. Thanks to the Cuban Revolution, it didn’t last.

Castro was no stranger to the Isle. He and his brother, Raúl, were imprisoned there for two years at the infamous Presidio Modelo after their first uprising against Batista failed in 1953. Even after the triumph of the Revolution, Castro made many trips to the Isle as a retreat.

Initially, American residents greeted Castro with cautious optimism. Adolph B. Kelm, who had lived on the Isle for more than 40 years at the time of the Revolution, had high hopes for Castro’s government. “I personally believe that Señor Fidel Castro is an honest man and holds out for his country the best of all things,” he wrote in an October 1959 private letter.

But as Castro implemented his vision, which included land redistribution, nationalization of industries and utilities, and rent and price controls, Americans grew wary. Tourism slowed. The arrival of barbudos, the bearded members of Castro’s rebel army, made American and Cuban residents nervous.

As U.S.-Cuban diplomatic relations soured, expropriations of American-owned property intensified. Landowners like Swetland had the most to lose, but he wasn’t the only one “intervened.” Alcoa chairman Arthur Vining Davis, who had been considering resort development on the Isle, lost nearly 300,000 acres. The Cuban government seized the privately run American Central School in 1961.

By that point, only 35 U.S. citizens remained on the Isle. A decade later, seven were left.

Over the years, Castro continued to remake the Isle. He installed communist youth camps, boarding schools, and collective farms that drew participants from across Cuba. As a result, the island’s population skyrocketed to more than 86,000 at the turn of the twenty-first century. He renamed the island the Isle of Youth in 1978.

For the Americans who fled, most expressed no desire to see what had happened to the Isle. But that doesn’t mean they stopped fighting Castro.

Thousands of Americans in the 1960s made claims through the U.S. Department of Justice against the Cuban government for uncompensated expropriations. In all, there are some 5,900 certified claims totaling $1.9 billion. On the Isle alone, there are 233 claims for $18.2 million – plus more than a half-century of interest. As the United States and Cuba continue to normalize relations, the Cuban government will have to address these claims.

Swetland, who died in 2003, held little hope either he or his family would see compensation. “Maybe my boys will get something out of it,” he told a friend in 1971. “I don’t expect anything.”

The odds of claimants being made whole remain long. In that sense, the specter of Fidel Castro will remain.

But should normalization continue apace – a significant question mark given the impending presidency of Donald Trump – the Cuban-American relationship on the Isle of Pines in the 1950s might well be a model worth following. Unlike their early-20th century predecessors, U.S. citizens of mid-century bore a lighter footprint and were widely embraced as a result. Pineros’ attitudes stood in stark contrast to the anti-American sentiment in Havana that helped fuel the Cuban Revolution. Duplicating this more inclusive and understated approach in the present, then, might help to broaden the American appeal and thus vanquish one of the spirits of a bygone era.