Jefferson Flanders is an independent journalist and author. His novel The Hill of Three Borders is set during the Hungarian Revolution of 1956. 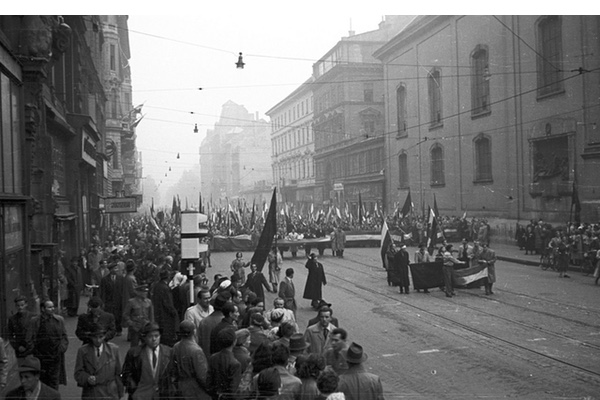 Sixty years ago this month, an avuncular Communist apparatchik named Imre Nagy became the unlikely hero of the Hungarian Revolution.

Nagy was thrust onto the world stage during the last weeks of October 1956 as Hungarian students and workers rose in revolt against an unpopular and repressive Communist regime and battled Soviet troops in the streets of Budapest. 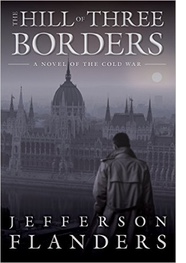 In the space of a few fateful days, Nagy assumed leadership of the revolutionary government and advanced previously unthinkable political changes, calling for an independent, neutral Hungary, a multiparty democracy, and free elections. He moved to disband the hated secret police and to free political prisoners.

Nagy publicly rejected the Soviet propaganda line that the uprising represented a counterrevolution led by fascists and reactionaries, arguing instead that “this movement aims at guaranteeing our national freedom, independence, and sovereignty, of advancing our society, our economic and political system on the way of democracy.” As the Red Army began to encircle the Hungarian capital in the first days of November, Nagy must have known that he was signing his own death warrant by forming a coalition government—challenging Marxist-Leninist orthodoxy which insisted that the Communist Party alone should rule—and appealing to the United Nations General Assembly for help in defending Hungary’s neutrality.

Nagy was an implausible hero. A portly, 60-year-old with a distinctive walrus mustache who liked to take his grandchildren for ice cream at Café Gerbeaud and rooted for Honved, the Hungarian Army’s soccer club, Nagy didn’t fit the romantic Hollywood image of a revolutionary leader. He had spent most of his adult life as a Communist functionary. The son of a peasant, he became a Communist in his early twenties, living in Moscow on-and-off from 1930 to 1944. During the Stalinist purges, he was an informant (Agent Volodya) for the NKVD (later the KGB).

In the thaw after Stalin’s death, the Soviet leadership elevated Nagy, regarded as a moderate, to premier of Hungary in 1953. Nagy introduced a series of agricultural and economic reforms, dubbed the New Course, and sought to liberalize political discourse. His vision was of “Communism which does not forget about man.” Hungarian hardliners, led by the widely detested and feared Party boss Mátyás Rákosi (known as the “Bald Murderer”), struck back in 1955, removing Nagy and drumming him out of the Hungarian Workers’ Party. He was not admitted back into the Party until a week before the uprising.

When students and workers began demonstrating on October 23, partly in response to political unrest in Poland, they called for Nagy to lead the country, seeing him as an honest man of the people. As Nagy reluctantly re-entered the political arena, the regime’s hardliners summoned Soviet troops and tanks to suppress the insurgents. Freedom fighters took to the streets of Budapest, and the revolution rapidly spread to the rest of the country. Nikita Khrushchev and the Soviet Presidium, hoping to avoid a protracted and violent conflict, agreed to allow Nagy to assume the premiership, believing that he could be trusted to tamp down the unrest. After several days of street battles, the Russians accepted a ceasefire and pulled back their troops. On October 30, Moscow announced it would respect Hungarian sovereignty and negotiate the presence of Russian armed forces in the country. Further signaling an apparent willingness to compromise, the Kremlin broached the idea of a commonwealth of socialist states. For a brief moment, it appeared as if Hungary might throw off the Soviet yoke, perhaps adopting a system similar to Tito’s national communism in Yugoslavia.

Pressured by the revolutionaries, Nagy reluctantly went further, announcing a series of dramatic reforms that would have transformed Hungary by ending one-party rule and adopting “bourgeois freedoms.” In his radio address on November 1, when he declared the country’s neutrality, Nagy made a bold claim: “The revolutionary struggle fought by the Hungarian heroes of the past and present has at last carried the cause of freedom and independence to victory.” He was wrong about winning a victory, of course, as Hungary’s brief flirtation with democratic governance was to end in a few days.

Moscow, however, could not accept this outright rejection of Communist rule and Hungary’s departure from the Warsaw Pact. Even the Politburo’s Anastas Mikoyan, who privately counseled against any military response, admitted: “We simply cannot allow Hungary to be removed from our camp.” The Kremlin feared contagion. Hungary’s uprising had stirred unrest in other satellite nations—protests in Poland, Czechoslovakia, and Romania—and Mao Zedong and the Chinese pressured Khrushchev to crack down. Soviet heavy T-54 tanks rolled into Budapest on November 4, and the Red Army crushed the uprising, killing thousands. Moscow quickly installed a puppet government led by Hungary’s Quisling, János Kádár. Nagy was tricked out of temporary sanctuary in the Yugoslavian Embassy, arrested, and held in Romania until his trial in June 1958.

Today, Nagy’s home on Orsó Street in the Buda hills is open to the public as a shrine of sorts to this martyr of the revolution. Like the man, it’s modest and unassuming (by American standards). It’s here, in this comfortable Bauhaus-style villa, that you sense Nagy’s quiet courage and resolve and realize the sacrifice he made. Nagy had suffered a heart attack in 1955—he could have honorably resisted the calls for his return to political power and remained safely out of harm’s way. Or he could have denounced the uprising as a counterrevolution. Or he could have resigned from the government as the revolution pushed well beyond cosmetic reforms into forbidden political territory. But he didn’t.

What was the tipping point for him? Was it seeing the demonstrators from all walks of life outside the Parliament Building, calling for the Russians to go home? Or observing the courage of the teenagers of Budapest, attacking Soviet tanks with home-made Molotov cocktails? Or perhaps even guilt over his complicity in the Great Terror of the early 1950s, when the Communist regime purged and prosecuted hundreds of thousands of innocent Hungarians?

Nagy claimed to have remained a Communist to the bitter end, but he must have been conflicted about what that meant. Defending his actions during the uprising, Nagy argued that he had been trying to preserve a socialist future for Hungary by rejecting the “forms of ideological, political and governmental dependence that were developed in Stalin’s regime.” Yet Nagy must have recognized what historian Johanna Granville has called the “fundamental contradictions of de-Stalinization.” Reformers struggled with the realization that Stalin was simply the personification of a deeply flawed ideology—and they learned that Marxist-Leninist dogma doomed attempts to establish “socialism with a human face” (Alexander Dubček’s later formulation during the Prague Spring).

Perhaps Nagy continued to believe that a purified Marxism could be the engine for a Socialist Paradise. His willingness to accept a multiparty state suggested otherwise. His hardline comrades saw things more clearly. State socialism demands a monopoly of power, and the unrelenting control of all aspects of life, with state-sanctioned terror to maintain order. It cannot allow the existence of free elections or democratic institutions.

What a man of the apparat like Kádár understood was that the Party could not risk an uncensored press or seek the consent of the people. The Hungarian Communists could not win free elections—they polled 17 percent of the votes in 1945 and 22 percent in 1947 during Hungary’s brief post-war period of political openness. They won power through Rákosi’s infamous “salami tactics,” eliminating the opposition through threats and intimidation. Unlike Nagy, Kádár and the Party cadre would never willingly accept relegation to a minor role in a parliamentary democracy.

At his secret trial for treason, Nagy was clear-eyed about the fate of apostates. He told the court: “If my life is needed to prove that not all Communists are enemies of the people, I gladly make that sacrifice. I know there will one day be another Nagy trial, which will rehabilitate me. I also know I will have a reburial. I only fear that the funeral oration will be delivered by those who betrayed me.”

After his execution by hanging, Nagy was buried in an unmarked grave. It was not until 1989, with the Soviet empire on the verge of collapse, that—as Nagy had predicted—he was reburied with full honors. Several hundred thousand Hungarians attended the reburial ceremony in Heroes Square in Budapest, and opposition leaders seized the opportunity to excoriate the ruling Communist regime. Nagy’s betrayers only had a few more months in power before they were swept away by the tidal wave of democratic revolution.

In the end, Imre Nagy’s legacy as the “lonely hero” of 1956 remains secure. His vision of a non-Stalinist socialist society may have been tragically flawed, but he had the courage to risk all in pursuit of that dream. “He did not make the revolution. But he made it possible,” former British diplomat Peter Unwin has written. “Nagy and the revolution went down to defeat, but they gave Hungary back its self-respect.”