Pearl Duncan has two upcoming books, one about the DNA roots of African American ancestors and another about colonial ships, Wall Street and New York and New Yorkers. 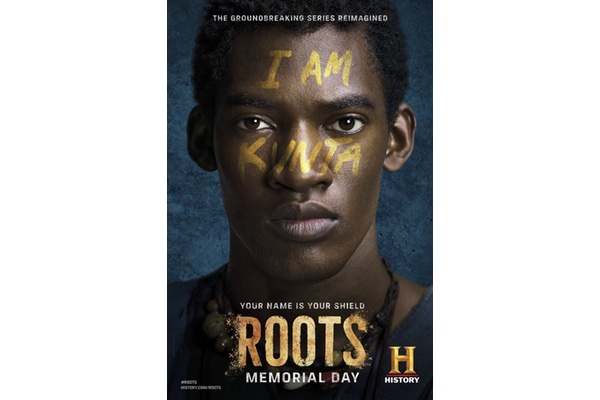 Critics of the remake of Roots have mainly focused on the memorable characters we met decades ago: their struggle, survival, perseverance and identity. But there’s another way of looking at Roots and that’s through what it implies about the DNA of African Americans today, a subject that has recently drawn wide interest. Thus, it was unsurprising to see ads for Ancestry.com and 23andMe during the broadcast of Roots.

The night the miniseries ended, an article about African American genetics and health, specifically obesity, appeared in Medical Daily. It was based on a research report in Frontiers Genetics. The caption under the photo illustrating the article says, “Some black men in America may have luckily inherited a genetic resistance to obesity from their West African ancestors.” And some women did not inherit a genetic resistance to obesity, so they are prone to obesity more than the men. The fact is, it may be difficult to determine how many of us inherited the protective genes, because genetic researchers such as L. Luca Cavalli-Sforza and others have shown that in human history there is gene replacement. Depending on the path of our ancestry, genes are replaced, and depending on our gender, health genes are linked in different ways to gender genes, our X and Y chromosomes. Genes are turned on and off, depending on epigenetics – the environmental triggers that affect the activation of certain genes.

What impact did being raped by multiple men in the same European family have on African American female DNA? In my ancestral, genealogical, historical and DNA research of my family tree, I discovered details that impact our health: In the early second millennium, in pre-colonial Ghana, a group of Fante soldiers were abandoned by the Asante king in the forest along a river where they were exposed to mosquitoes and malaria, but they used healing fever bush, artemisinin, and developed a partial immunity, which shows in our genes in the HbS, HbC and HbE genes.

Our Maroon ancestors who rebelled and escaped in Jamaica existed in the hills and mountain forests on tree ash instead of salt, because though they were free, slave catchers were active on the waterfront. They existed for multiple generations without eating sea salt. Our Maroon ancestors who settled lands won in the Maroon War were distrustful of outsiders capable of betraying the tribe’s secret hideouts to slave catchers, so they married each other, intermarrying in the same group for several generations.

But the main discovery I made in my research, a detail that shows up again and again in Roots, is how complex African American European paternity is in America. The impact of our European paternity on our DNA and health still has to be researched.

In my case, I documented how multiple generations of European males in the same family – the grandfather, the father, the grandson – had children with the same enslaved African women. When I found records of a grandfather, father and grandson with the same name, it took extensive research to determine, “who was the daddy.” In many families, brothers, uncles and other relatives were bearing children with the enslaved African women. So in our family, we know that one of our health issues – thankfully it is more aesthetic than medical, though my female siblings who are fashionistas will scream at me for revealing this detail here – puffy ankles are related to DNA from ancestors who were closely related on three continents: in pre-colonial Ghana in West Africa, in medieval Scotland, and in British Colonial Jamaica. The article about medical DNA shows that for other African Americans inherited genes pose a more medical than aesthetic challenge.

I await more health-related research that will help me understand the genes and lifestyle that may help account for the longevity of many of my Maroon-descended family and ancestors who often lived to be 90 and 100, and who remained in good health, with very few ailments. This kind of African American research benefits African Americans and all others.