On The Anniversary Of Tiananmen Square, China Scrubs Away Its History 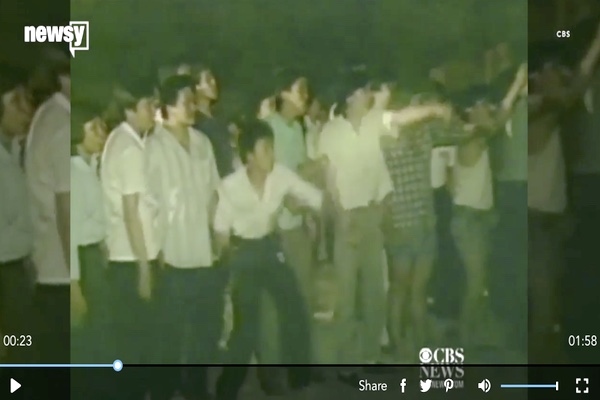 Almost 30 years after a violent crackdown on pro-democracy demonstrators, China's government still doesn't stand for public discussion — or even mention — of the Tiananmen Square protests.

"In China, the will of the people has been thwarted by the will of The People's Government," reported Peter Jennings.

In 1989, 400 cities across China saw protests against totalitarian Communist rule, and, by June 4, party leaders had had enough. An estimated 300,000 soldiers broke up Beijing's protests by force, firing semi-automatic weapons into crowds and running down protesters in tanks.

The images broadcast from China prompted international criticism. China's Red Cross said 2,600 had been killed, but even today, the nation's government has not released an official death toll.

In fact, China's leaders have gone silent about the incident altogether. And they expect China's citizens to do the same — especially online.