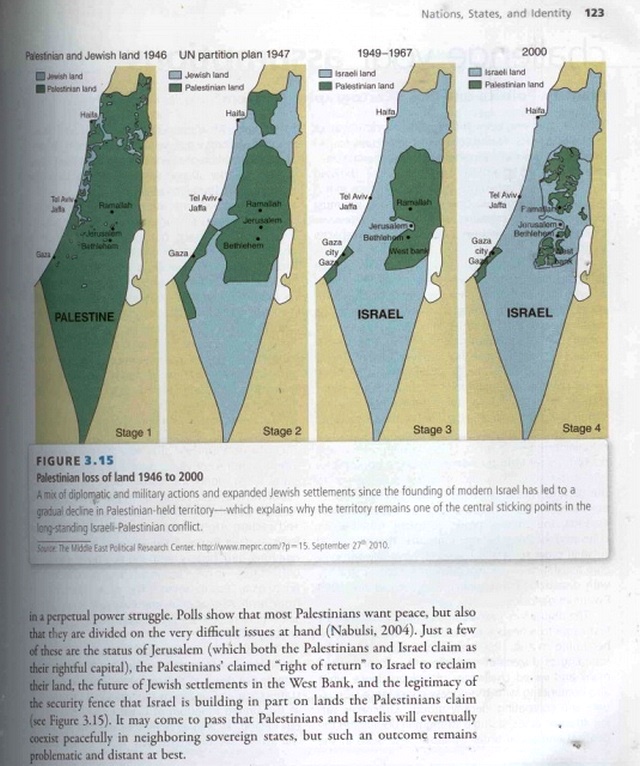 McGraw-Hill Education has taken the unusual step of withdrawing a textbook and planning to destroy all copies of it -- following criticism that four maps in the book are inaccurate and anti-Israel.

The book is a political science textbook, Global Politics: Engaging a Complex World. The McGraw-Hill Education website no longer features the book. But a page on Amazon describes the book this way: "This contemporary presentation stresses the importance of global events and offers students a number of lenses through which to view the world around them."

The book features four maps of what is now Israel, Gaza and the West Bank and says that it shows "Palestinian loss of land" from 1946 to 2000. Many Palestinian advocates agree with the maps, but many historians and supporters of Israel strongly disagree and argue that the maps distort key facts, such as Jewish ownership of land before Israel became a country in 1948. Supporters of Israel have fought the use of these maps elsewhere and quickly urged McGraw-Hill to change or withdraw the textbook. Here is one such blog post, which outlines objections to the maps and includes alternative ways to think about land in the region.