Ethan J. Kytle, the author of the forthcoming book "Romantic Reformers and the Antislavery Struggle in the Civil War Era," in an associate professor of history at California State University, Fresno. He is currently writing a book on the memory of slavery in Charleston, South Carolina, with his colleague Blain Roberts. 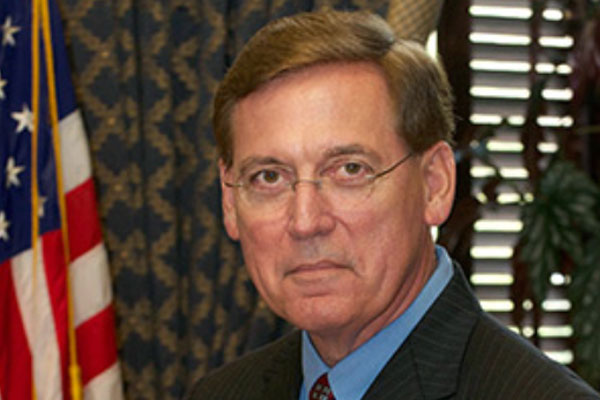 Late last month, the College of Charleston’s Board of Trustees sparked protests from students, faculty, and alumni when it chose South Carolina Lt. Governor Glenn McConnell as the school’s next president. Critics have highlighted McConnell’s lack of experience for the job (he has never worked in higher education) as well as the flawed selection process (reports indicate that the powerful politician was not on the short list of finalists recommended by the school’s search committee).

McConnell’s strident support for Confederate heritage, however, has elicited the greatest outrage. An avid Civil War reenactor and member of the Sons of Confederate Veterans, he co-owned a Confederate memorabilia store and gallery in Charleston for two decades. As a state senator and senate president pro tempore in the late 1990s and early 2000s, McConnell fought to keep the Confederate battle flag flying over the state house in Columbia, and rallied to the side of Maurice Bessinger, a controversial barbeque chain owner who displayed Confederate flags and sold proslavery tracts at his restaurants.

McConnell has long argued that critics of his pro-Confederate stance seek to whitewash the past. In 1996 he said that the removal of the flag from atop the Columbia state house would be “the final installation of an intolerant mind-set, whereby we sanitize history based on the demands of the new monopolists of morality.” More recently, McConnell dismissed an infamous 2010 photograph of him in a Confederate uniform and flanked by two Gullah preservationists, who appeared to be dressed as slaves, in a similar fashion. The picture was taken at a historical reenactment intended for education purposes, he explained. “Tell me what is offensive about having the differing parts of the culture there? What are we going to try and do in America, sanitize history?”

Yet when it comes to the negatives sides of the Confederate States of America he so admires, McConnell rarely practices what he preaches. On the contrary, he often marches in lockstep with the old monopolists of morality, who sought to sanctify the Confederacy by disassociating it from the institution of slavery. Indeed, a quick survey of McConnell’s words and actions during Charleston’s commemoration of the one hundred and fiftieth anniversary of the Civil War suggests that this Civil War buff could use a history lesson. 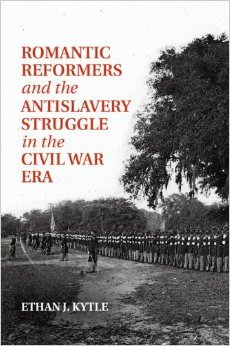 Four years ago, at the outset of the sesquicentennial, McConnell was one of several hundred Confederate enthusiasts who gathered in Charleston to celebrate the anniversary of South Carolina’s secession from the Union. A gala affair, the Secession Ball featured music, dancing, and guests dressed in period costume as well as a historical reenactment of the 1860 state secession convention, in which McConnell played the role of convention president D. F. Jamison.

At the original convention, the delegates—ninety percent of whom were slaveholders—made no bones about why they were seceding. In their “Declaration of Immediate Causes,” they declared, “A geographical line has been drawn across the Union, and all the States north of that line have united in the election of a man to the high office of President of the United States, whose opinions and purposes are hostile to slavery.”

Although a few delegates wondered whether the convention should downplay the issue of slavery so as not to undermine secession in the court of world opinion, the overwhelming majority—including McConnell’s Jamison—sided with Laurence M. Keitt when he said, “I am willing in this issue to rest disunion upon the question of slavery. It is the great central point from which we are now proceeding.”

Yet this “great central point” was largely overlooked by McConnell and company when they reenacted the secession convention in 2010. Instead, their play, titled South Carolina Secedes: A Four Act Re-enactment of South Carolina’s Secession Convention, attributed secession to states’ rights and high tariffs. The play’s narrator allowed that Lincoln’s election and the political debates over slavery had “aggravated the situation,” but he ultimately concluded that the delegates to the secession convention had not acted “to preserve the institution of slavery.” On the contrary, “their sacrifice was for freedom alone.”

Responding to criticism of the reenactment, McConnell stressed its fidelity to the historical record. In truth, however, South Carolina Secedes was more indebted to the Lost Cause interpretation produced in the late nineteenth century by groups such as the United Confederate Veterans and the United Daughters of the Confederacy—who worked hard to transform secession into a noble cause that was worth fighting for—than what actually happened in 1860.

Although a few Lost Cause stalwarts denied that slavery had any role in secession and the Civil War, most admitted that it played a cameo role. “Slavery…was not the cause of the war,” maintained Confederate veteran Edward McCrady Jr. in 1882, “but the incidents upon which the differences between the North and the South…did but turn.” McConnell has similarly held that while “slavery was the catalyst for the war,” the true causes of the conflict were sectional divisions over economic policy and the balance between state and federal authority.

Most professional historians today give little credence to such Lost Cause apologetics. In fact, at the next major sesquicentennial event in Charleston—the anniversary of the firing on Fort Sumter in April 1861—just about every Civil War scholar included in the impressive week-long program went out of his or her way to highlight slavery as the central cause of the conflict. “Slavery and race provoked secession,” University of Georgia professor Emory Thomas told a large audience at the First Presbyterian Church on April 11, 2011. So that no one in the crowd missed the point, Thomas added that he planned to repeat this line three times in his talk.

The following morning, Glenn McConnell offered a much different perspective in a speech at Fort Johnson, on nearby James Island. Unlike Emory Thomas and his fellow Civil War experts, McConnell suggested that the question of whether the war was fought over slavery or states’ rights was far from settled, and ultimately not all that important. “Ladies and gentlemen, the time has come to move beyond the petty disputes of the past,” he urged. “As we look back to those earlier times, let us focus on the positive qualities of our ancestors” and remember “the incredible valor these soldiers displayed regardless of whether they wore they blue or grey.”

With this appeal, McConnell embraced a second approach to the Civil War that emerged alongside the Lost Cause in the late nineteenth century. As white Americans—north and south—sought to bury the sectional hatchet at veterans’ reunions and Memorial Day ceremonies, they began ignoring divisive debates over the causes and outcomes of the war as well as the critical role that African American soldiers played in the conflict. Instead, these reconciliationists focused narrowly on the battlefield exploits of the two armies, emphasizing the bravery and sacrifice of the white combatants, whether Union or Confederate.

To his credit, McConnell has shed some of the negative trappings of the reconciliationist vision of Civil War memory. At the July 2013 sesquicentennial of the assault at Battery Wagner, for instance, McConnell paid tribute to not only the Confederate soldiers protecting Charleston but also the black Union soldiers in the 54th Massachusetts Infantry who tried, yet failed, to take the well-defended fort. He even acknowledged that some Confederate soldiers had gone to war to defend “the institution of slavery,” while others pretended they “didn’t see the inconsistency in freedom in slavery.”

Nevertheless, in this speech—and most of his others—McConnell rarely lifted his gaze up from the experiences of men in the trenches to consider the broader social, economic, and political context of the war. What’s more, like his Lost Cause forbearers, McConnell displayed a keen eye for the moral failings of the North but near blindness to Confederate shortcomings. Thus, he offered a fair critique of the bigotry that white Union soldiers exhibited toward their black counterparts in the 54th, but ignored the Confederate attempt to disgrace the memory of white colonel Robert Gould Shaw—who died leading the charge on Battery Wagner—by burying him in a mass grave with his black soldiers.

In the end, McConnell’s record during Charleston’s Civil War sesquicentennial makes it clear that his opposition to the sanitization of the past does not apply to the darker chapters of Confederate history. “The time has come to focus not on the flaws and the failures of the past,” but rather “to celebrate the many contributions the States of the old Confederacy made to the strength and character of the United States,” he told the crowd at Fort Johnson in April 2011.

This partial approach to history may be appropriate for a Confederate enthusiast seeking to venerate his ancestors or a politician trying to win votes. But now that McConnell has been chosen to lead a major public university in a city that has long struggled to own up to its slaveholding past, the time has come for him to take off his Confederate blinders. At the very least, when the fall semester begins the new president of the College of Charleston should head over to Maybank Hall and take a history class or two.