Rawn James, Jr. has lived and practiced law for more than a decade in Washington, D.C. His most recent book is "The Double V: How Wars, Protest and Harry Truman Desegregated America’s Military" (Bloomsbury 2013). 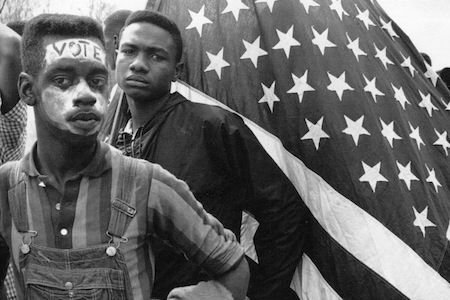 Last month Americans marked the sixty-fifth anniversary of President Harry S. Truman’s signing Executive Order 9981 to desegregate America’s armed forces. African Americans had fought in every American war, including the Revolutionary War, but had done so in segregated units, often relegated to menial labor tasks. By the time President Truman issued Executive Order 9981, eliminating segregation and racial discrimination in the armed forces had become the single most important national issue to African American voters. Their cause was national in both scope and purpose.

Among the activists who lobbied for military desegregation was World War I Army veteran and renowned lawyer Charles Hamilton Houston. Known for his tireless civil rights advocacy, Mr. Houston astonished his supporters and detractors alike in 1947 when he testified before a Senate committee, “I am a states’ rights man as distinguished from a federal rights man because I can conceive of the Federal Government being a juggernaut which can roll over minority rights as well as protect them.” As he often did during his career, Mr. Houston expressed sentiments decades ahead of their popular time.

George Zimmerman’s being declared not guilty by a jury of his peers tells African Americans nothing if it does not instruct us to become states’ rights voters. Although Florida's so-called "stand your ground" law was not employed by the defense, its precepts were expressly (and oddly) included in the instructions to the jury. African Americans now must recognize that nearly all of the laws prescribing what we can and cannot do -- and more importantly in the Zimmerman case, what can and cannot be done to us -- are determined by state and local laws. Our grandparents and great-grandparents understood this all too well. If generations of your extended family live in Chicago, Detroit, Boston or New York, why do you think they moved there decades ago? It certainly was not for the weather. It was because the local laws in those states permitted them to live more free, American lives.

African Americans have proven our electoral power in federal elections. We must now channel that energy into state elections. As much pride as many of us took in helping to elect President Barack Obama, his administration likely has less effect on your daily life than does the agenda of the ranking majority party leader of your state house of representatives. Across party lines voters remain notoriously loyal to their congressional representatives but those elected officials, particularly if they are members of the minority party, exert almost no influence over our lives. Today’s Congress is inept and inert, with the latter trait rendering the former largely harmless.

Except for the occasional, monumental event such as the passage of the Affordable Care Act or the United States Supreme Court’s decision upholding its constitutionality, the federal government is an entity somewhat removed from our lives. The Constitution demands as much. The action is in state government.

Too many of us can wax poetic about pending federal legislation but we have little clue what is happening in the legislatures that set our local property tax rates and decide whether we can sue an inebriated dentist for negligence. This situation is unacceptable because it permits the interested and well-funded few to determine the rights of the many.

During his first presidential campaign, Mr. Obama’s supporters often booed when he mentioned his opponent. Invariably Mr. Obama admonished, “We don’t need to boo; we need to vote!” The crowds applauded and proceeded to vote in record numbers. That ours was the only Western nation where it was remotely possible to elect a black man as president in 2008 was beautiful evidence of America’s exceptionalism. (For God’s sake, in Italy an Italian black man cannot even play professional soccer in peace.)

In the wake of the George Zimmerman verdict, we don’t need to march; we need to vote—in state elections. From stand your ground gun laws to Medicare limitations to patently unconstitutional abortion legislation, state legislatures are sowing their oats in 2013. Black voters must become states’ rights voters because the states in which we live determine many of the rights that we have. They directly affect the courses of our lives. As we witnessed in my home state of Florida recently, one law passed by one state legislature can lead a jury of someone’s peers to a verdict that pains Americans of all races.